The Municipality of Ospedaletto d’Alpinolo is located within the area of the Partenio Park. It's a town with 2,123 inhabitants, located 725 metres above sea level, at 8 km from Avellino. The territory extends for 43.61 sq km and the adjoining municipalities are: Avellino, Mercogliano and Summonte.
The etymology of the name seems to date back to the 14th century, from the Casale dell’Ospedale Nuovo di Montevergine, the place where most of the population from the Casale al Rione Terra moved, while the specific “d’Alpinolo” probably alludes to the mountain position of the territory. The inhabitants are called Ospedalettesi and Saints Philip and James are their patron saints.

The famous and precious nougat of Ospedaletto d’Alpinolo is also known by the dialect term “cupeto”.

With regard to the origins of Ospedaletto d’Alpinolo it must be said that remains of pre-Roman tombs have been found in the Localities of Curti and Piana. The current town, however, dates back to the medieval period and its birth can be dated precisely in January 1178, with the name of “Casale delle Fontanelle”.
Its history is closely linked to that of the Sanctuary of Montevergine, whose vicissitudes over the centuries have strongly influenced its development. From the feudal domain of the Abbey, it passed to the dependencies of the Church of Santa Maria del Preposito and assumed the name of the “Casale di Santa Maria del Preposito”. In the current municipal territory then arose a hospital – which is remembered to have also hosted famous people, including Frederick II – with the function of allowing the pilgrims to rest before facing the ascent of the mountain to visit the Sanctuary; the name of the town, therefore, was changed first to “Casale dell’Ospedale di Montevergine” and, subsequently, to Ospedaletto, as evidenced by a notarial document of 1463 in which it is reported as Casale di Ospedaletto.
In 1806, with the abolition of feudalism and the suppression of the monastic orders, Ospedaletto became part of the province of the Ultra Principality and, from 1861, assumed the specific “d’Alpinolo” to differentiate itself from other municipalities of the same name.

Ospedaletto d’Alpinolo is an evocative experience, a journey towards new kinds of tourism, renewed perceptions on how to live and experience the places for wandering souls 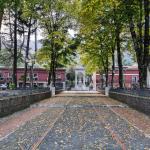 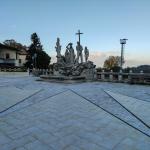 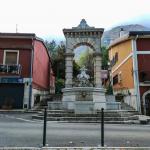 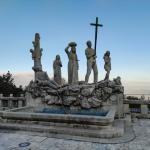 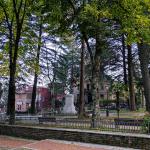 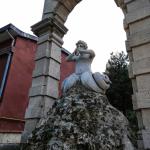 It stands in the centre of the town and was built in the 20th century by local stonemasons.

Also known as the "Cappella Misura" (Custom-made Chapel), it is located on the ancient path…