Avellino is the capital of the province in Campania with the same name. It's a city with 53,640 inhabitants, located 348 metres above sea level. The territory extends for 30.55 sq km and the adjoining municipalities are: Aiello del Sabato, Atripalda, Capriglia Irpina, Contrada, Grottolella, Manocalzati, Mercogliano, Monteforte Irpino, Montefredane, Ospedaletto d'Alpinolo and Summonte. It's crossed by the river Sabato and by the stream Fenestrelle.
The etymology of the name seems to derive from the Latin "abellana", i.e. "hazelnut", a typical product of the territory rich in hazelnut groves. The inhabitants are called Avellinesi, and the patron saints are Saint Modestinus, Saint Florentinus and Saint Flavianus.

The original settlement of Avellino, called Abellinum, is located in the territory of a neighbouring municipality, Atripalda.
On the 5th of February 1888, 132 years ago, the public lighting system came into operation for the first time and Avellino was illuminated. It was among the first cities in Italy and, to celebrate this historic event, 40 music bands came here from all over Italy.

The ancient Abellinum, located in the Municipality of Atripalda today, was subdued by Rome at the end of the Samnite Wars, and was chosen by Sulla as capital of the Livian colony. It was the Episcopal seat in the 4th century. AD, and it suffered the ravages of the Goths and was razed to the ground by the Lombards. It was rebuilt as a fortified village on a tuff spur and fused in the Duchy of Benevento, becoming the seat of a gastaldate (9th century). It was then elevated to a county at the beginning of the 10th century by Adelferio. Afterwards, when it temporarily passed under the Byzantine dominion, it was occupied and destroyed by Otto I.
It was a Feud of the Dall'Aquila family during the Norman domination, and it was integrated in 1223 into the royal domain by the Swabians. In 1272 Charles I of Anjou enfeoffed it to the Del Balzo family. Subsequently, it became part of the Filangieri lands and, in 1418, of the Caracciolo family, who dominated the area for a long time, until 1806. In that year a period of prosperity started, thanks, for example, to the development of the art of wool processing and the grain trade.
It was the scene of the 1820 uprisings against Ferdinand I of Bourbon, and it welcomed the entry of patriots Michele Morelli, Giuseppe Silvati and Luigi Minichini.

The various urban trekking itineraries in Avellino offer a different and more complete look at the city, where the emotion you feel represents the true experience of travelling: so find your own hidden corner of the city and stroll through its streets. 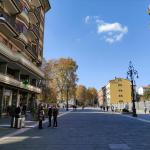 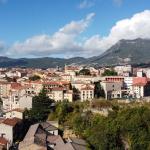 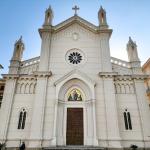 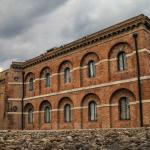 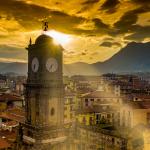 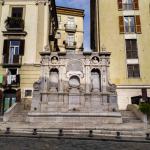 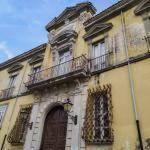 Every year, at the height of the hot summer, the famous competition between the seven…

The Casino del Principe, important historical evidence of the presence of the Caracciolo…

The Irpino Museum, in the monumental complex of the Borboun Prison, houses finds and…

The Irpino Museum, main historical and archaeological centre of the province of Avellino,…

Used as a prison until the 1980s, the monumental complex of the Bourbon Prison of Avellino in…

Situated within one of the most impressive buildings in the province, the State Archive of…

Located in a prestigious residence, near a beautiful botanical garden, the Civic Museum of…