The Municipality of Atripalda is located within the area of the Sabato Valley. It is a city of 10,805 inhabitants, located 294 metres above sea level and only 3 km from Avellino. The territory extends for 8.59 sq km and the adjoining municipalities are: Aiello del Sabato, Avellino, Cesinali, Manocalzati, San Potito Ultra, Santo Stefano del Sole and Sorbo Serpico.
The etymology of the name possibly derives from Troppualdo (or Truppoaldo), Lombard king, owner of some areas on the banks of the Sabato river who, around the year 1060, built a castle that bore his name. According to other sources, the name probably descends from trepalium, a place where criminals were executed: in support of this thesis, there are those who see in the symbol of the municipality (an arm bearing the flagellum) the memory of this origin. The inhabitants are called Atripaldesi and Saint Sabinus is their patron saint.

The Roman colony of Abellinum, Latin name of Avellino, stood in the current municipal territory of Atripalda.
It was awarded the title of city by royal decree of 18 July 1867.

The origins of Atripalda are very ancient. According to tradition, Sabatio, Noah’s great-grandson, would have given life to the first human settlement located along the banks of the Sabato river, called Sabathia. To have, however, historical evidence about the existence of civilisations in the current Atripaldese municipal territory, we must wait for the Samnite era, during which Abellinum was founded.
In the 11th century, the Lombard king Troppualdo laid the foundations for the birth of today’s Atripalda which, with the succession of the various eras, became an important economic, cultural and artistic hub. It was later a fief of the Capece, Orsini and Caracciolo families: the latter family administered it for about two and a half centuries, until the abolition of feudalism in 1806.
Severely damaged by the earthquake of 23 November 1980, Atripalda has experienced, in recent years, a substantial demographic increase that has allowed its ancient commercial vocation to be reawakened.

Atripalda has a tangible past still alive with the Abellinum archaeological area and visiting it means establishing that connection with time, sharing a memory, a not to be missed experience 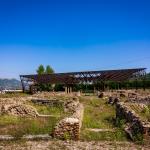 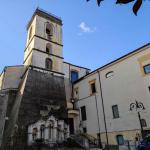 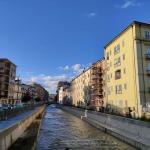 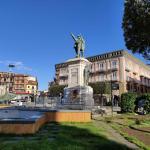 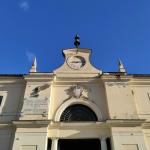 The bonfire in honour of Atripalda's patron saint, in February

A religious building from the late Paleochristian era with a 19th-century appearance, famous…