The Municipality of Montefedane is located within the area of the Sabato Valley. It's a town with 2,239 inhabitants, located 593 metres above sea level, at 10 km from Avellino. The territory extends for 9.45 sq km and the adjoining municipalities are: Avellino, Grottolella, Manocalzati, Prata di Principato Ultra and Pratola Serra. The Sabato river runs through it as well as the Fontanelle, Pisciricolo and Fontana Springs.
The etymology of the name is a compound of the noun “monte” and the anthroponym “Fredane” or “Fridane”, probably of Germanic origin. The inhabitants are called Montefredanesi and Saint Nicholas is their patron saint.

For many years Montefredane, a village of ancient agricultural traditions, has preserved a famous production of dairy products and genuine cheeses, with dairies built near the hamlet of Arcella, along the Via Appia. Today, it is particularly renowned for the production of Fiano di Avellino DOCG, made by various local wineries.

The first settlements in Montefredane date back to the Samnite era. With the advent of the Romans, in correspondence with the hamlet of Arcella, further residential nuclei developed. But the real foundation of the main town, which stands at the summit of the town, should date back to the 6th century AD, with the arrival of the inhabitants of what was then Abellinum, fleeing after the destruction of the Roman colony.
In the 12th century, Montefredane was mentioned in the Catalogus Baronum (1150-1168) as belonging to the county of Avellino. In the following centuries, its vicissitudes were linked to the names of several noble families, such as Capece, Brancaccio and Orsini. The Irpinian town acquired increasing importance, until the plague of 1656, which greatly reduced its development.
Between 1650 and 1806 the territory was owned by the aristocratic Caracciolo family, who brought it to new splendour with the construction of the Castle bearing their name.

Montefredane is a journey through taste, sounds and colours, not to be missed for a weekend in good company 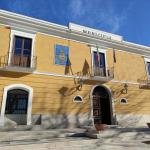 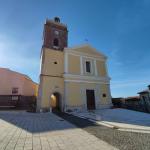 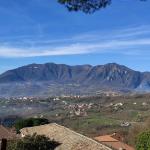 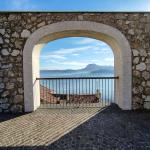 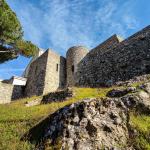 Standing in a strategic position overlooking the entire valley, the Castle offers spectacular…

An 18th-century building with a tall bell tower, it contains several works of religious art…