Its precise date of construction is unknown, but it certainly existed before the second half of the 8th century, during the rule of Arechis II, who founded the Abbey of Santi Pietro e Paolo (Saints Peter and Paul), of which the present-day sanctuary was a dependence. A document dating back to 1309 kept in the Vatican Archives states that at the time the Church was called "Santa Maria de Coronato e rurale".
Over the years, the structure passed through numerous hands. In fact, in 1495, King Alfonso of Aragon gave the Church to Cardinal Luigi (his nephew). Then in 1521, King Ferdinand the Catholic assigned ownership of the Church to the Neapolitan noble Troiano Mormile. Eight years later, Emperor Charles V (successor to Ferdinand the Catholic) confirmed the Mormile family's ownership right with a deed. In 1531, the Church was included in the dowry of Laura Mormile, who went on to marry Federico Pignatelli, Duke of Montecalvo.
In 1680, the structure was in a seriously poor condition and required restoration. In February 1689, it was decided that the only working oven should be that of the Church of Santa Maria Incoronata (Saint Mary the Crowned), and no other shop could sell bread.
On 7 August, 1886, the dependence of the Church was transferred to Gennaro Mastrangelo. In 1929, the Concordat between the State and the Holy See imposed the return of all the sanctuaries on the peninsula to the competent religious authorities. It took a bitter legal dispute between the Church and the Mastrangelo family lasting four years (1932-1936) for the Sanctuary to be returned.
After the Holy See regained ownership of the Sanctuary, it was entrusted to the Friars Minor of the Salernitano-Lucana Religious Province on 23 March, 1941, by the Archbishop of Salerno, Nicola Mantecrisi. 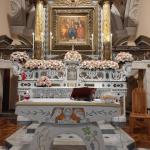 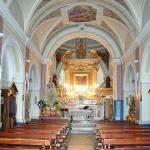 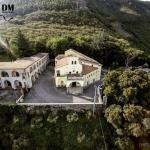 Open to the public every Sunday for religious functions, remaining days open on reservations.
distretto6montoro@provincia.avellino.it