It was built at the behest of Saint William of Montevergine in 1133, who assigned it to a religious community of monks and nuns, ruled by the figure of the abbess. Thanks to the administrative activity and the liturgical service operated by the monks, as well as the industriousness of the successive abbesses, the monastic complex grew, enriching itself with land and works of art. After a phase of decline, the Abbey was annexed to the possessions of Montevergine and renovated following the earthquake of 1732. On this occasion the Great Church was built by the famous architect Domenico Antonio Vaccaro. Following the subversion of the monastic orders in 1807, the entire structure underwent a new period of decline, which lasted until the second half of the 20th century. Then, thanks to the efforts of Father Lucio Maria De Marino and the Little Brothers of Jesus congregation inspired by Charles De Foucauld, the site recovered the splendour of the past.

The whole structure, originally, was based on the primitive Church of the Santissimo Salvatore (Most Holy Saviour). Around it, a male and a female monastery were developed, as well as two religious buildings called "Upper church" and "Lower Church", two cloisters, a farmhouse and the small cemetery of nuns. Even today you can admire the profound traces of art in a mix of Romanesque and Gothic styles in the different levels of the building. In the centre of it there are two superimposed medieval rooms. The first one corresponds to the Lower Church, it dates back to 1200 and is an expression of the Romanesque style: it preserves a door that marks the transition to Gothic art, which is the entrance to the area where there are only the remains of the religious building dedicated to the Most Holy Saviour. The second one, instead, is the Church of San Luca (Saint Luke) and it represents the Upper Church, the real jewel of the convent complex. It was built in 1255 at the behest of the abbess Marina II, as evidenced in the engraving placed on the entrance portal. The remains of the decor of the church are sufficient to testify that the diversity of the arts used have given an incredible and harmonious uniqueness to one of the most precious monuments of Irpinia. Only two medallions remained of the paintings that frescoed the rooms: one depicting the abbesses Scholastica and Marina and one depicting some sections of the life of Saint William. Among the other works of art kept, the two valuable altars stand out, one in marble and the other one in stone slab, supported by columns with elegant capitals and different bases.

Although the passage of time has left important marks on the structure of the monumental complex, the mystical and evocative context helps to preserve the charm of the Abbey of San Guglielmo al Goleto unchanged. 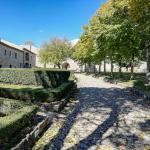 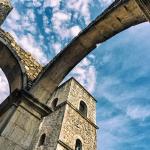 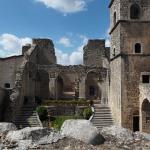 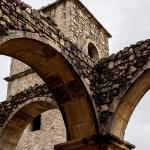 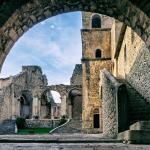 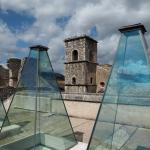 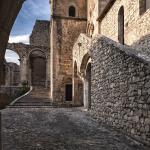 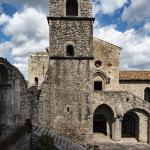 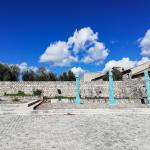 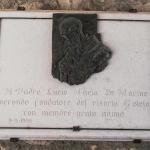