The Municipality of Sant'Angelo dei Lombardi is located in the Upper Irpinia area. It's a town of 4,110 inhabitants, located 870 meters above sea level and 50 km from Avellino. The territory extends for 55.11 sq km and the neighbouring municipalities are: Guardia Lombardi, Lioni, Morra De Sanctis, Nusco, Rocca San Felice, Torella dei Lombardi and Villamaina. It's crossed by the Ofanto river.
The etymology of the name comes from the cult of the Archangel Michael and the term "Lombardi" derives from the Lombards who founded it. The inhabitants are called Santangiolesi and Saint Michael the Archangel is their patron.

Visible traces of the ancestral history of humanity were found inside the Abbey of San Guglielmo al Goleto, very ancient esoteric and Templar symbols, which have made this splendid architectural testimony a popular destination for scholars and devotees from all over the world.
In the town there were four Carbonari groups and there were many people who paid in person for their liberal ideas, tried and sentenced to prison or exile or removed from their charge.
The town was one of the municipalities most affected by the terrible earthquake of the 23rd of November 1980 which caused 482 victims in the community of Sant'Angelo.

Given its proximity to the ancient cities of Compsa (Conza della Campania) and Aeclanum (Mirabella Eclano) and following the recovery of various archaeological finds and epigraphs, the territory of Sant'Angelo dei Lombardi was proven to be inhabited already in classical times.
In the Middle Ages, a residential nucleus developed around the castle, built for defensive purposes along the border line of the Gastaldate of Conza. With the conquest of Salerno by Robert Guiscard, which took place in 1076, Sant'Angelo became a diocesan seat. Subsequently, during the reign of Joanna II of Anjou, the fief passed into the hands of the Caracciolo family.
In the second half of the 19th century, the local population actively participated in the uprisings that led to the Unification of Italy. Once the unification process was completed, the province of Avellino was divided into three districts and Sant'Angelo acquired the status of capital of the district of the same name, which existed from 1861 to 1926.

Walking through its varied territory, visiting and getting to know by sharing experiences and meeting the town, its culture and its inhabitants more closely: Sant'Angelo dei Lombardi is pure enchantment 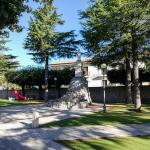 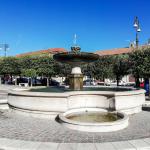 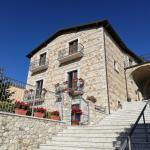 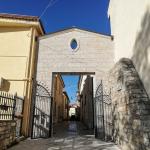 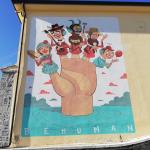 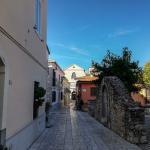 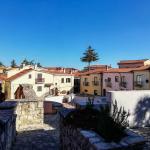 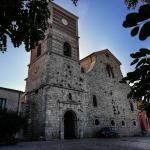 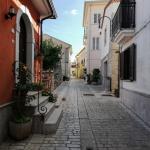 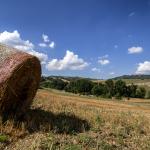 A sort of review of all the Irpinian festivals, in which food and wine, handicrafts and local…

Living stone tells the story of a town, among the most beautiful in Irpinia, to which…

Of Norman origin, it underwent extensive renovation in the 16th century

Of Lombard origin, it stands on the highest hill and is home to two exhibitions: the Opera…

An elegant urban villa recently renovated, it is located in the heart of the historic centre