The Municipality of Rocca San Felice is located in the Upper Irpinia area. It's a village of 843 inhabitants, located 750 meters above sea level and 52 km from Avellino. The territory extends for 14.41 sq km and the neighbouring municipalities are: Frigento, Guardia Lombardi, Sant'Angelo dei Lombardi, Sturno and Villamaina.
The etymology of the name could come from the conformation of the place itself, from which "rocca" is understood as a hill or citadel, while the specification "San Felice" reflects the cult for the patron saint. The inhabitants are called Rocchesi and Saint Felix is their patron saint.

For Cicero, Mefite was the "Mouth of Hell"; the goddess was greatly revered by the female universe, as a protector of fertility and women to the point that a temple was built in her name, near the sulphurous lake.
Moreover, the Ansanto Valley is mentioned in the seventh canto of Virgil's Aeneid: "Est locus Italiae medio sub montibus altis nobilis et fama multis memoratus in oris, ampsanctis valles", i.e.: “There is a place in the centre of Italy surrounded by tall mountains, famous and well-known anywhere in the world: the valley of Ansanto".
There's a famous legend about the Rocca San Felice Castle, of a ghost who wanders dressed in white. The woman is desperately looking for her beloved husband, crying for her difficult fate and that of her husband and her children, deprived of the throne and bound in the ancient prison. The woman is Margaret, wife of Henry II of Swabia, son of the Holy Roman Emperor, Frederick II.

Rocca San Felice has very ancient origins, dating back to the presence, in pre-Roman times, of a temple dedicated to the goddess Mefitis, in the Ansanto Valley.
The current village arose in medieval times, more precisely in 848, when, with the establishment of the Principalities of Salerno and Benevento, King Ludovico decided to give life to the fortress of Rocca to delimit the boundaries between the two territories.
In the Angevin period, the village was incorporated into the fiefdoms of the D'Aquino family. Subsequently, it was administered by the Saraceno, the Caracciolo, the Reale and the Capobianco, lords of Carife, who held the property until 1806, the year of subversion of feudalism.

Rocca San Felice is an invitation to taste the wild heart of Irpinia with the inimitable flavour of sulphur, cloaked in the spell of the goddess Mefitis 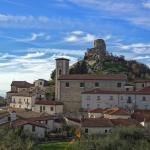 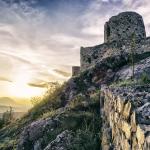 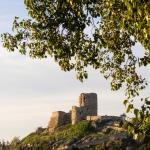 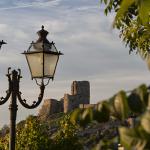 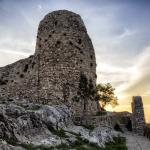 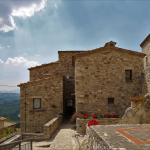 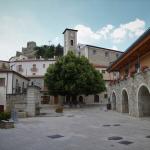 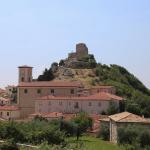 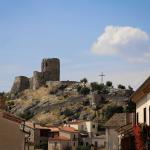 A place of legendary fascination and with the rare geological phenomenon of gaseous fumes,…

Particularly magnificent, it stands at 750 meters above sea level and the main fortress, the…