The Municipality of Frigento is located within the area of the Ufita Valley. It's a town with 3,645 inhabitants, located 911 metres above sea level, at 40 km from Avellino. The territory covers 38.04 km² and overlooks the wide Ufita Valley to the north, the Fredane basin to the south, the Ansanto Valley to the east and the Calore basin to the west. The neighbouring municipalities are: Carife, Flumeri, Gesualdo, Grottaminarda, Guardia Lombardi, Rocca San Felice, Sturno and Villamaina.
The etymology of the name comes from Frequentum, Friquentum or Afrigentum: in the “Rationes Decimarum” of Campania (1308-1310) there is the Latin expression A populi frequentia, meaning “a crowd of people”. The inhabitants are called Frigentini and Saint Marciano is their patron saint.

The town is called the Balcony of Irpinia for its extraordinary panorama from which you can see 5 regions and 11 provinces.

In the territory of Frigento the remains of a sewage system, stone markers, terracotta and Latin inscriptions have been unearthed, testifying to the passage of the Republican and Imperial age. Perfectly preserved, moreover, is a complex of “cisterns” dating back to the first century BC but, instead of indicating the settlement of a population in a village, perhaps testify to a series of rustic villas built in that hilly area by the colonisers of nearby Aeclanum, probably chosen for the healthiness of the air.
Frigento belonged to the confederation of the Romans, in 851 it was owned by the Lombards and was included in the territories constituting the Duchy of Benevento. Its excellent position, at 911 metres above sea level, overlooking the entire Valle d’Ansanto, made it an important military centre and over time, allowed Ludwig II to divide the Duchy of Benevento into two principalities: that of Salerno, to which the Gastaldato di Conza was connected, and that of Benevento.
Frigento was one of the first cities to profess the Christian faith and the first bishop, San Marciano (patron saint of the city), dating back to the 5th century, was appointed by Pope Leo I the Great, in the period from 440 to 461.
Towards the middle of the 15th century, after the Norman rule and the war between the Aragonese and the Angevins, Frigento began to lose much of its ancient splendour, thus beginning a state of general abandonment, aggravated by numerous earthquakes and serious pestilences.

The scents, flavours and colours will not leave one indifferent. Frigento is always ready to welcome you with a multiplicity of activities to be explored and chosen on the basis of your interests 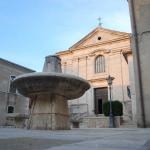 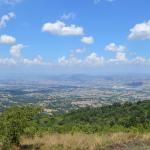 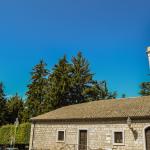 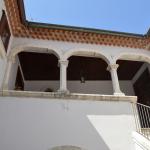 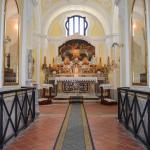 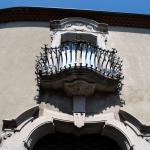 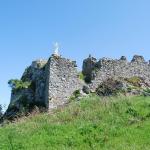 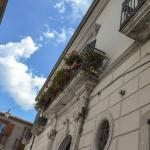 A solemn and famous tradition, the Mysteries of Frigento recreate scenes from the Passion and…

Linked to the broader and more varied tradition of straw carts and lilies, which is widespread…

A must for lovers of typical local products, Cicerchiamo contributes to enriching the cultural…

A precious event at the end of summer, Svicolando succeeds in combining different visions of…

A place of worship where history and faith come together, the Church of San Marciano di…

A place of great historical interest, the site of Sant'Angelo al Pesco stands on a suggestive…

The birthplace and home of Marciano De Leo, a poet and canon under the orders of Gioacchino…

Home of the Franciscan Friars of the Immaculate Conception, the Sanctuary of the Madonna del…

As the guardian of a very ancient era, the Archaeological Museum of Frigento retraces the…