The Municipality of Carife is located in the Baronia area. It's a village with 1,381 inhabitants, located 740 metres above sea level, at 60 km from Avellino. The territory extends for 16.72 sq km and the adjoining municipalities are: Castel Baronia, Frigento, Guardia Lombardi, San Nicola Baronia, Sturno, Trevico and Vallata.
The etymology of the name is uncertain and could come from Carifi, hamlet of Sanseverino, near Salerno. The inhabitants are called Carifani and Saint John the Baptist is their patron.

There are numerous and lively legends around the "Pietra del Pesco": there are those who claim that the place is inhabited by devils, who even swear to have seen them running in and out of the numerous ravines of the limestone rock, while others have looked there for the rich and fabulous treasures hidden there by the brigands.
In the history of the Municipality, the drove roads play a key role: wide grassy, stony or beaten earth paths, with a natural background, originating from the passage and trampling of herds. With the passage of time these roads, from ancient transhumances, became the main roads of people.

Carife has very ancient origins starting from the third millennium BC, testified by many pre-Roman finds. The most documented human presence is, however, that of the Samnites who settled between the 5h and 4th centuries BC, before the advent of the Romans. With the fall of the Empire, the first invasions arrived, by Barbarians, Goths, Byzantines and Lombards.
Throughout its history, Carife has been ruled by several families: De Bruveriis, Del Balzo, Orsini, Consalvo, Como, Mirobello and, finally, Capobianco, the last lords of the town of Baronia, before the abolition of feudality in 1806.
In 1820, the Carifani took part in the revolutionary uprisings with the opening of the group called "Love of the Fatherland", led by the revolutionary Tommaso Santoro, who was then sentenced to life exile by the Grand Criminal Court of Avellino.

Carife with its ancient drove roads offers glimpses to discover the transversal beauty of its territory, a naturalistic and community experience not to be missed 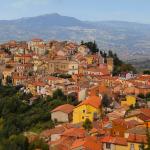 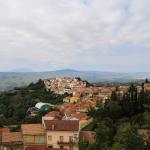 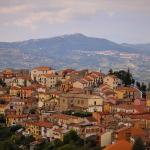 A feast dedicated to the traditional first course: fresh hand-made pasta rolled out with three…

The event is held in December with a walk among the olive trees, sensory trails and evening…

A territorial museum of burial artefacts from the Samnite period, the Carife Archaeological…

Destroyed by the devastating earthquake of 1732, it was rebuilt in 1754, with a project…

Situated in the "Fossi" district, the complex is much loved by the people of Carife, whose…

The entrance portal, with the Capobianco family coat of arms, marks the entrance to a large…

One of the most important archaeological areas in Irpinia, that of Carife contains the remains…