The Municipality of Castel Baronia is located in the Baronia area. It's a town with 1,102 inhabitants, located 639 metres above sea level, at 56 km from Avellino. The territory extends for 15.37 sq km and the adjoining municipalities are: Carife, Flumeri, San Nicola Baronia, Sturno and Trevico.
The etymology of the name seems to come from the Norman castle around which the settlement was originally built, while the specific "Baronia" has a double meaning: it refers, in fact, both to the district in which the village falls (Baronia di Vico), and to the belonging of the place, understood as "barony", of its ancient lords. The inhabitants are called Castellesi and the Madonna delle Fratte is their patron saint.

The origins of Castel Baronia are uncertain and suggest some primordial settlement that between the Roman and medieval times, in a real link among populations from Abruzzo, Lazio, Campania, Puglia and Basilicata.
Starting from the period of Norman domination, Castel Baronia was a hamlet known as "Castello", belonging to the Barony of Vico: its history, therefore, was closely linked to that of the Loffredo family, owner of the entire fief.
With the abolition of feudalism, which took place in 1806, the town, which in the meantime had acquired the name of Castelbaronia, became the capital of the district of the same name in the District of Ariano. Even after the Unification of Italy, the Municipality maintained its role until 1926, the year in which it was incorporated into the province of Avellino, progressively assuming the definitive and current name of Castel Baronia.

In wandering around places, districts in the heart of Castel Baronia, you will discover memories of well-known and lesser-known characters who have left traces of themselves, and flavours of excellence to share 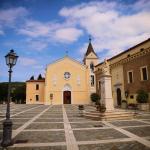 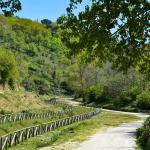 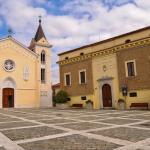 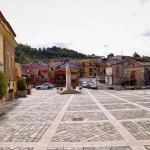 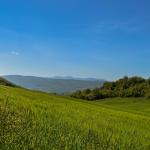 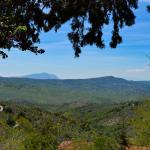 Celebrations in honour of Saint Anthony of Padua

A cultural and environmental event held on 1 May

In Gothic style, this church has elements from different centuries, such as the main altar…

Dating back to the mid-18th century, it is the birthplace of Pasquale Stanislao Mancini

Located at the entrance to the town, it was once used by women to wash household linen.