The Municipality of Sturno lies in the Ufita Valley area. It's a town with 3,011 inhabitants, located 652 metres above sea level, at 37 km from Avellino. The territory extends for 16.67 sq km and the adjoining municipalities are: Carife, Castel Baronia, Flumeri, Frigento and Rocca San Felice.
The etymology of the name is said to come from an alteration of the word "storno" (starling), in memory of the bird, Sturnus vulgaris. The inhabitants are called Sturnesi and Saint Dominic of Guzman is their patron saint.

The tradition of ploughing the furrow, once carried out using ploughs pulled by oxen, is now renewed in more modern forms, but which still involve the use of simple tools for the straightforward ploughing of these furrows, which are 5 to 11 km long from neighbouring villages.
During the Holy Week Rituals, the peasant population still brings small clumps of wheat to the altar, kept in the dark and enriched with flowers, as a sign of goodwill for the future harvest.
The inventor of the horn, John Michele Aufiero (1887-1955), was born in Sturno and was an honorary citizen of Avellino.

Some archaeological finds discovered in the territory of Sturno testify to its ancient origin, dating back to the Palaeolithic period. These findings were made specifically in the districts of San Leucio and Serradenzita, and are currently kept in the Irpino Museum in Avellino.
It was with the invasion of the Barbarians and the clashes between the Normans and the Lombards over the occupied areas, however, that some groups of fleeing people began to settle in the territory, forming the Casali (farmhouses), which were part of Frigento. Sturno depended on the latter for a long time, until the Casali gained administrative independence in 1809. There were eight Casali and their names came from the names of the ancient families who lived there; according to a legend, one of them had a tavern where a starling (in local dialect "sturno") was kept in a cage, which gave the unique name of "Casalium Sturni" to all the Casali.

Exploring Sturno, perhaps starting at the table?  With the "menesta maritata" you begin to taste the essence of all the authentic flavours of peasant art 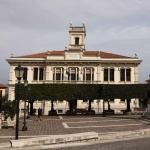 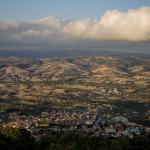 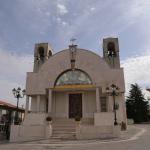 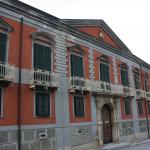 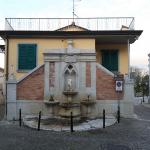 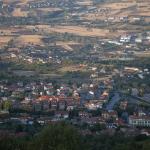 A historic 18th-century residence, in neoclassical style, belonging to the family of the same…

Rebuilt after the 1980 earthquake, it is the town's main place of worship