The Municipality of Guardia Lombardi is located in the Ufita Valley area. It's a town of 1,580 inhabitants, located 998 meters above sea level and 62 km from Avellino. The territory extends for 55.87 sq km and the adjoining municipalities are: Andretta, Bisaccia, Carife, Frigento, Morra De Sanctis, Rocca San Felice, Sant'Angelo dei Lombardi, Vallata. This is where the Fredane river originates.
The etymology of the name would seem to come from the term “guarda, garda” which enters the composition of many toponyms and alludes to the existence of a guard post. The inhabitants are called Guardiesi and Saint Leo IX is their patron saint.

In the Church of Santa Maria delle Grazie (Saint Mary of Graces) there is an organ built in 1707 by the master Agostino which has a rich ornamentation in the entablature.
In the Middle Ages, Guardia Lombardi had the qualification of Universitas.
In 1053 Pope Leo IX stopped in this town.

The origins of Guardia Lombardi are very ancient and, for this very reason, they are very uncertain. As you can read on the Municipality website, from some finds, found in particular in a land located in the Coste district, it's proven that the Romans arrived in Guardia while travelling along the old Appian Way, heading towards Brindisi.
What is certain, historically, is that Guardia was founded by barbarian people, the Lombards. They gave the name to the town calling it “Guardiae Lombardorum”; then “Guardia Lombardi”, “Guardia dei Lombardi” and finally, “Guardia Lombardi”. The Lombards, in fact, built a castle in this area that served as a lookout. The name of the town derives from this word. The remains of this castle seem to have been incorporated into a mansion built in the 17th century, now owned by the Forgione and Santoli families.
The town was destroyed in 1133 by Ruggiero the Norman, but it was rebuilt and became a possession of the Balvano. Later it passed into the hands of several Gesualdo families and was subjected by different peoples, until it was annexed, in 1861, to the Kingdom of Italy.

Guardia Lombardi is the Irpinian soul that is steeped in history, it is the suspended time of a world that wants to tell its story to those who approach it 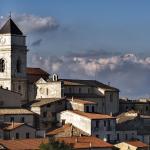 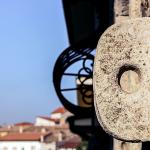 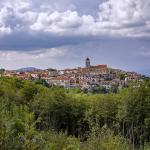 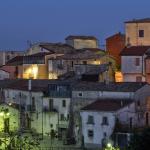 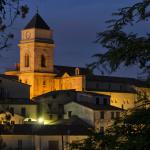 A symbol of the Great War, which caused so many deaths in the local community, the Monument to…

With its ancient history, the Tolla Fountain was returned to the community of Guardia Lombardi…

Settings that narrate the ancient trades, culture and traditions of the Guardia Lombardi…

A place of worship dedicated to Our Lady of Graces that holds a lot of history, thanks to…