The Municipality of Bisaccia is located in the Upper Irpinia area. It's a town with 3,799 inhabitants, located 860 metres above sea level, at 85 km from Avellino. The territory extends for 37.19 sq km and the adjoining municipalities are: Andretta, Aquilonia, Calitri, Guardia Lombardi, Lacedonia, Scampitella and Vallata.
The etymology of the name seems to come from the Latin Bi Saccus, which recalls the shoulder strap placed on the saddle of the pack animal. The inhabitants are called Bisaccesi and Saint Anthony of Padua is their patron saint.

Inside the castle there is a museum collection focused on the indigenous female world of the Oliveto-Cairano culture, unique in its genre. An unrepeatable journey through the traditional jewellery of women who lived in Eastern Irpinia between the 8th and 7th centuries.
Franco Arminio, Italian poet, writer and film director, self-described as a "village expert", is a native and resident of the village in Upper Irpinia.

Bisaccia has a very ancient history, rooted in the tradition of wool processing and cattle breeding. It was possible to prove the presence of a prehistoric social civilization dating back to 2300 BC from the numerous finds. Already in the 7th century BC, this civilization traded workers and wool products through the so-called “via della lana” (wool road) which connected the gulf of Manfredonia to that of Salerno.
The first mention of the medieval village dates back to 1087, in a document which speaks of Roberto, Lord of Bisaccia. This territory was crossed by the Roman, Lombard and Norman dominations until 1230, the year in which the fief passed to the Contigli family. Then, the latter was deprived of its throne by the Emperor Frederick II, who had the castle of Bisaccia, which was almost entirely destroyed by the earthquake of 1198, rebuilt, using the basement as a prison. The territory later experienced periods of Spanish, Austrian and Bourbon domination.
As for many other municipalities of Irpinia, also the history of Bisaccia has been marked by terrible earthquakes, among which those of 1456, 1694 (with the destruction of all the churches and more than two hundred houses), 1732 and 1980.

Bisaccia is ready to open its doors and unravel the mystery of its Princess to the "slow" travellers, those who are interested in enjoying its history and culture 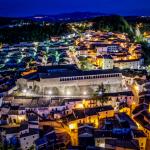 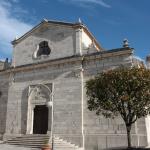 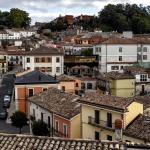 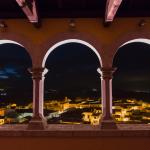 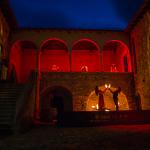 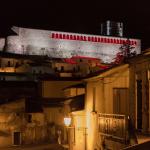 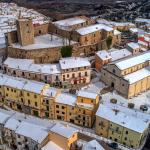 A feast in honour of the patron saint of Bisaccia, a religious ritual that is a call to…

Concerts, shows and recreational attractions enliven the summer evenings in the town, with a…

It is a much-loved event in the town, held in May, and is based on ancient country festivals

A splendid bastion that served to protect the territory from enemy attacks, which later became…

It was destroyed three times by earthquakes and today dominates the main square of Bisaccia,…

Located in the halls of the Ducal Castle of Bisaccia, it contains around 800 finds from the…