The Municipality of Aquilonia is located in the Upper Irpinia area. It's a town with 1,617 inhabitants, located 750 metres above sea level, at 93 km from Avellino. The territory extends for 56.15 sq km and the adjoining municipalities are: Bisaccia, Calitri, Lacedonia, Melfi, Monteverde and Rionero in Vulture. It's crossed by the great river Ofanto, the stream Osento and Lake Saint Peter where the dam is located.
The etymology of the name, originally Carbonara, would seem to come from the Latin meaning bruna, "dark", referring to the vast and thick woods formerly present, or derive from a schist stone present in the area which, by burning, produces heat without being consumed. The name Aquilonia was given after 1861, due to the political will of the liberal administration of the time. The inhabitants are called Aquilonesi and Saint Vitus is their patron saint.

Some historians believe that the famous and bloody battle of Aquilonia, fought between Romans and Samnites in 293 BC and narrated by the Roman historian Livius (Ab Urbe condita, books X, 38-40), in which sixty thousand men would have participated, took place in the valley of the Calaggio stream, today's industrial area not far from the inhabited centre.

The very ancient origins of Carbonara, called Aquilonia later, are attested by the numerous archaeological finds in the area, especially on the Ofanto plateau, of a settlement of Samnite origin dating back to the 5th and 4th centuries BC Precisely in that historical period Carbonara-Aquilonia, as well as other neighbouring centres, was involved in the wars against Rome.
We also know of this land that in the Middle Ages it became a military centre, a garrison of the Osento and Ofanto valleys, enriching itself with a fortress.
It was after the bloody popular pro-Bourbon uprising against the Italian unification that, in 1861, Carbonara took the name of Aquilonia.
The town was completely destroyed by the 1930 earthquake and was later rebuilt in a place even higher than before.

If you are looking for a fantastic opportunity to disconnect from the frenzy of social media and the digital age, Aquilonia, with its peaceful and calm atmosphere and its microcosm of museums and archaeological park is the right choice 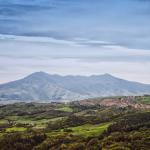 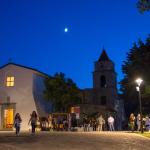 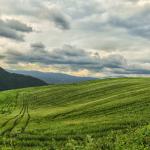 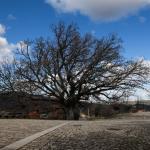 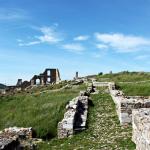 Traditional celebrations for the patron saint

One of the largest in Italy, it recovers the memory of the life, work and culture of a peasant…

Set up inside the Archaeological Park, the exhibition space contains photos and films that…

A historical memory of all the people of Aquilonia, it brings what remains of an ancient…

A mid-13th-century religious building with a distinctive gabled façade, characterised by a…