The Municipality of Lacedonia is located in the Upper Irpinia area. It's a town with 2,203 inhabitants, located 734 metres above sea level, at 81 km from Avellino. The territory extends for 82.10 sq km and the adjoining municipalities are: Aquilonia, Bisaccia, Melfi, Monteverde, Rocchetta Sant'Antonio, Sant'Agata di Puglia and Scampitella. It's crossed by the Ofanto river and the Osento and Vallone Isca streams.
The etymology of the name seems to derive from the language of the Osci, who called this land Akudunniad which means "Mother stork"; the stork, not surprisingly, appears in the symbol of Lacedonia, starting from 212 BC, when this bird took the place of the eagle. Later called Erdonea, probably by one of its conquerors, it was subsequently called Al Cidonia and Cedogna until 1800, when it was finally called "Lacedonia". The inhabitants are called Lacedoniesi and Saint Nicholas and Saint Philip Neri are their patron saints.

Transhumance, an ancient practice of pastoralism which consists in the seasonal migration of livestock in the Mediterranean and the Alps, was included by UNESCO in the List of Intangible Cultural Heritage in 2019, recognizing the value of the practice on the basis of a transnational application presented by Italy, Austria and Greece: this result allowed Lacedonia to enter a circuit of great cultural importance.
The "Francesco De Sanctis" Comprehensive Institute of Lacedonia is one of the first schools built after the unification of Italy and was founded by the great statesman Francesco De Sanctis (1817-1883), the Minister of Education of the time.
Lacedonia has a wonderful 300-year-old tree, the "Cerro del Tesoro", recognized as a monumental tree.

The history of Lacedonia dates back to the Aeneolithic age. This is confirmed by the findings of copper weapons and other artefacts found in its territory. The first certain information date back to the Osci era and the remains of buildings erected under the domination of different peoples are visible in the town. There are archaeological finds of the Roman era such as swimming pools, spas, amphitheatre, wash houses, public gardens and, in the locality called "Capi acqua", those of a station intended for the change of chariots and horses (so-called "mutatio").
Of the many historical episodes rebuilt over time and reported on the site of the Municipality of Lacedonia, we remind the participation in the third crusade, with the sending of sixty foot soldiers and sixty horses by Riccardo Balbano, when the fief was under the domination of the Normans.
Also Lacedonia, like several Irpinian towns, has suffered damage as a result of seismic episodes like the earthquake of the 5th of December 1456. After the latter the Orsini family, who owned the fief at that time, rebuilt the destroyed city also creating a wall with a moat and four gates to protect the city.

Transhumance shapes the relationships between people, animals and ecosystems, implies shared rituals and social practices, it represents an invitation with open arms to Lacedonia, to live a tradition that has always been renewed 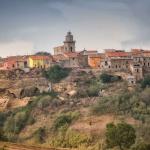 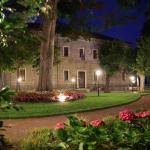 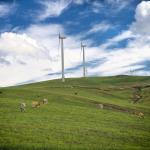 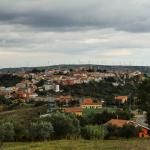 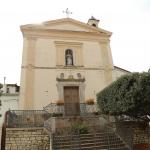 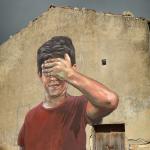 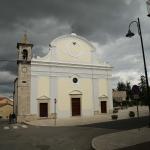 Originally conceived as a real fortress, it has undergone numerous restorations over the years…

The exhibition, housed in a 19th-century building, comprises 1,801 photographs of rural life…