The Municipality of Villamaina is located in Calore Valley area, close to Upper Irpinia. It's a town with 963 inhabitants, located 560 metres above sea level, at 40 km from Avellino. The territory extends for 9.04 sq km and the adjoining municipalities are: Frigento, Gesualdo, Paternopoli, Rocca San Felice, Sant'Angelo dei Lombardi and Torella dei Lombardi. It's crossed by the Fredane river and the Conche stream.
The etymology of the name probably derives from "villa" in the sense of latifundium and "magna", that is large: over time the word "magna" has been transformed into "maina". The inhabitants are called Villamainesi and Saint Roch and Saint Paulinus of Nola are their patron saints.

Originally, on the top of the hill on which Villamaina stands, there were no springs: the water, therefore, was transported from the sources located downstream with pack animals, or carried by the same people, using large jars resting on their heads.
After the arrival of electricity in the 1920s, an electric pump was installed at the source of Formulano and, thanks to some donations from Villamaina citizens residing in America, three public fountains were built in the town.

The numerous archaeological finds found not only in the municipal area, but also in the neighbouring ones, suggest that the origins of Villamaina are very ancient, as evidenced also by its proximity to the ancient Appian Way.
In Norman times, belonged to the Barony of Frigento. Subsequently, it became a fiefdom, administered first by the Gesualdo, then by the Caracciolo family: the latter governed Villamaina until the abolition of feudalism in 1806, with the title of "barons" and "dukes of San Teodoro".
The Villamaina community has been upset, in the course of history, by some mournful events, such as the plague epidemic of 1656 which decimated the local population and the earthquake of the 23rd of November 1980 which caused considerable damage to the buildings located in the town, characterized by a modern look today. 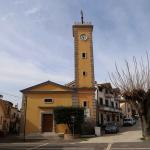 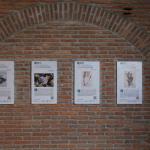 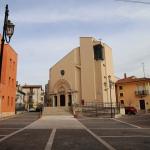 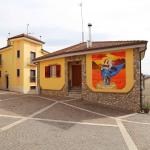 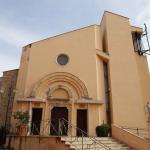 Set in an area of natural beauty with a favourable climate almost all year round, the historic…

A repertoire of evidence of a very ancient past, the Museum Collection of the Municipality of…

Dedicated to the memory of the botanist Giovanni Gussone, a prominent figure in the last…