The Municipality of Gesualdo is located in the area of the Calore Valley. It's a town with 3,446 inhabitants, located 676 metres above sea level, at 35 km from Avellino. The territory extends for 27.34 sq km and the adjoining municipalities are: Fontanarosa, Frigento, Grottaminarda, Paternopoli and Villamaina. It's crossed by the river Fredane.
The etymology of the name is linked to the prestigious Gesualdo family. The inhabitants are called Gesualdini and Saint Nicholas is their patron.

Given the abundance of vegetable production, celery in particular, and city fairs, very popular even from outside, the Gesualdini were defined with the sympathetic title of "menestrari" (green grocers).
The sublime madrigalist composer Carlo Gesualdo, prince of Venosa and nephew to San Carlo Borromeo, lived in the Gesualdo Castle (1566-1613). It also hosted the poet Torquato Tasso (1544-1595).

According to some findings made in the current territory of Gesualdo the first settlements date back to a period prior to the birth of Christ. The current urban centre, however, began to rise in the Lombard period, with the construction of the first houses gathered around the Castle.
The history of the Irpinian town is closely linked to that of the family of the same name: in particular, by the will of Prince Carlo Gesualdo, the Castle was transformed from a fortress to a "musical cenacle", in which many poets and writers were guests. When the prince died, from 1622 Niccolo I Ludovisi succeeded. He married Isabella Gesualdo and contributed to continuing the season of great architectural and cultural splendour experienced by the Irpinian town at that time.
The last lords of Gesualdo, before the abolition of feudalism in 1806, were the Caracciolo and the Caccese.

Gesualdo turns out to be the keystone of the relationship with the traveller due to its extreme peculiarity and authenticity. A relationship destined to last in the heart and spirit of those who will know how to establish it 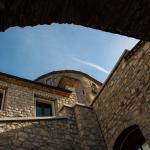 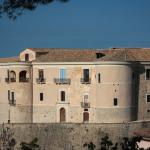 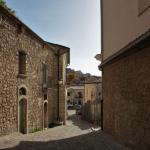 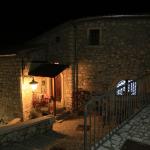 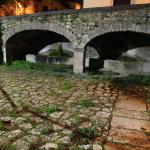 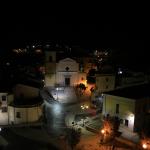 A popular religious event held every last Sunday in August.

A fascinating representation of religion, tradition and history in the splendid setting of the…

A theatrical route from the Cappellone, the seat of Pilate's Praetorium, up towards Golgotha,…

A festival of art, music, exhibitions, conferences, food and wine and workshops in the…

Review of popular music from central and southern Italy

One of the most important monuments in Irpinia and Campania, it was the home of Prince Carlo…

Historical palaces set like jewels in the ancient village