Gesualdo Castle is a place of historical interest located in Via Scaletta, near Pisapia Palace and Mattioli Palace and the Church of San Nicola (Saint Nicholas).

There are several theories about the construction of the manor, which, according to some, took place in the Lombard era, during the 7th century; for others, it dates back to the 9th century. Some sources, however, document the existence of the Castle in the 12th century, during the Norman domination, and the first lord of the fortress was William of Altavilla, whose family owned the feud for five centuries.

The structure was completely renovated at the end of the 16th century when Carlo Gesualdo turned it into a Renaissance court, which also included a theatre. For the next few centuries, the Castle underwent several modifications and restorations until, in 1855, it became the property of the Caccese family, who created new rooms, also rebuilding the façade and creating a connection with Piazza Neviera. Since 2000, further restoration work has been carried out (mainly because it was badly damaged in the 1980 earthquake) and it was opened to the public again at the end of 2015. Today, the façade of the Gesualdo Castle recalls typical 19th-century architectural styles, while the interior features elements of Gothic art and Renaissance style.

It hosts cultural meetings, concerts and events, dedicated in particular to the historical and artistic figure of Carlo Gesualdo (1566-1613), one of the greatest madrigalists who lived between the 16th and 17th centuries. 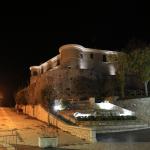 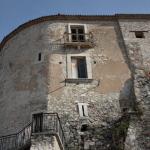 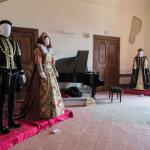 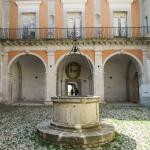 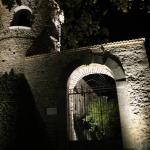 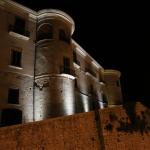