The Cathedral of Sant'Antonino Martire (Saint Anthony the Martyr) is a place of worship located in Sant'Angelo dei Lombardi, in Piazza Domenico Fischetti.

Dating back to 1076, the year in which the building was established under the papacy of Gregory VII, the Mother Church of the town of Irpinia underwent a major transformation in the 16th century. Like many other historical and religious structures located in Irpinia, the Cathedral of Sant'Antonino Martire was seriously damaged by the earthquake of 23 November 1980, which caused the collapse of the apse and some vaults, the laceration of the façade and the fall of two stages of the bell tower. Closed to worship for two decades, it reopened in the early years of the third millennium, becoming the emblem of the rebirth of the Sant'Angelo community.

Today, the religious building has become the Cathedral of the Archdiocese of Sant'Angelo dei Lombardi-Conza-Nusco-Bisaccia. The 16th-century façade, which dominates the facing square, is in local stone and travertine. The stone entrance portal, dating back to the first half of the 18th century, is surmounted by three marvellous statues from the Norman period, depicting the Risen Christ in the centre and, on either side, Saint Michael the Archangel and Saint Anthony the Martyr. The beautiful and imposing façade is complemented by a tall square-based bell tower, mutilated by the 1980 earthquake. Its interior, in the shape of a Latin cross, has a nave and three aisles bordered by barrel-vaulted pillars and decorated in Baroque style, bearing abundant stuccoes and columns with highly ornate capitals. The sacred place contains several chapels and works of art, including 18th-century statues of saints in the aisles, a wooden crucifix in the apse from the Abbey of San Guglielmo al Goleto and, behind the high altar, the remarkable 18th-century wooden choir. To the right of the entrance is a funerary monument erected in memory of Nicola Cecere, at the foot of which is the tombstone of Michele Cecere, a 15th-century bishop. Among the paintings, the most significant are the "Madonna di Montevergine" by Angelo Michele Ricciardi (1672-1753) and the "Christ the Redeemer" by Domenico Antonio Vaccaro (1678-1745).

A treasure trove of art and a symbol of renewal for a civil, devout and generous community, the Cathedral of Sant'Antonino Martire is one of the most important historical and artistic testimonies of Irpinia. 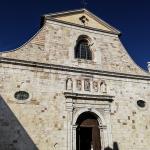 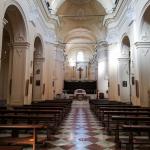 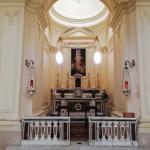 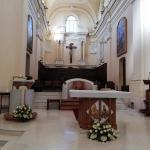 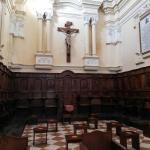 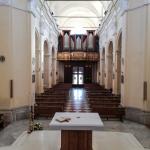 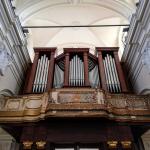 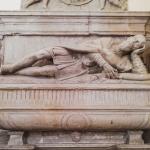