The Municipality of Lioni is located within the area of Upper Irpinia. It is a town of 6,155 inhabitants, located 550 metres above sea level and 48 km from Avellino. The territory extends for 46.51 sq km and the adjoining municipalities are: Bagnoli Irpino, Calabritto, Caposele, Morra De Sanctis, Sant'Angelo dei Lombardi and Teora.
The etymology of the name seems to originate from some ancient monument in which lions were depicted; in fact, in medieval documents, Lioni is usually referred to as Casale Leonum or de Leonibus, or “farmhouse of the lions”. The inhabitants are called Lionesi and Saint Roch is their patron saint.

It is said that, in Roman times, the hill of Lioni was used as a burial place, an idea supported by the two funerary steles with the image of the buried people.
One of the stone lions, which gave the town its name, is still visible in front of the town hall.
In 2005, the Municipality of Lioni was awarded the Gold Medal for Civil Merit for the commitment shown, during the post-earthquake period of 23 November 1980, in facing the “difficult work of reconstruction of its housing fabric, as well as the rebirth of its social, economic and productive future”.

On the history of Lioni there are various and divergent narratives, although the origin of the town is well documented in medieval times, through news dating back to the period between 1289 and 1306, during which the entire Lioni territory was part of the fief of Oppido.
Towards the end of the 13th century, Oppido entered into crisis and the territory of Lioni was administered, later, by numerous families: Balvano, Gianvilla, Caracciolo and Imperiale.
The Lionese community has been devastated, over the centuries, by numerous natural disasters and pestilences. The last tragic event is dated 23 November 1980: the earthquake in Irpinia caused incredible damage to the town of Lioni, resulting in 228 victims.

In search of local identity thanks to street art, Lioni reveals itself with a poetic of reflection that is inextricably linked to the territory, to those who live it and to those who cross it 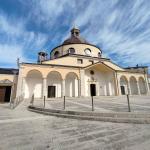 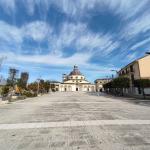 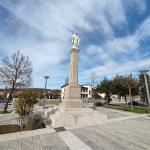 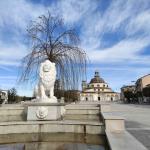 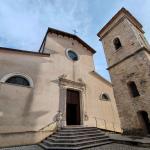 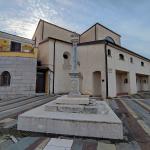 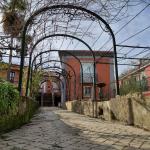 Almost destroyed by the 1980 earthquake, it is the oldest church in Lioni.

Rebuilt after the 1732 earthquake, it was named in honour of Saint Roch, the town's patron…