The Municipality of Caposele rises in the area of the Sele Valley, on the slopes of Mount Paflagone. It's a town with 3,388 inhabitants, located 405 metres above sea level, at 58 km from Avellino. The territory extends for 41.28 sq km and the adjoining municipalities are: Bagnoli Irpino, Calabritto, Castelnuovo di Conza, Conza della Campania, Laviano, Lioni, Teora and Valva.
The etymology of the name seems to come from the Latin phrase Caput Sylaris, or "beginning" of the "Sele": in fact, the river that gives life to the homonymous valley originates from the springs of Piazza Sanità, flowing in the territory of Caposele. The inhabitants are called Caposelesi and Saint Lawrence is their patron.

The springs of Caposele, together with those of Cassano Irpino, supply water to a large part of Southern Italy: almost 10 million people among Campania, Basilicata and Puglia.
The writer Giuseppe Ungaretti (1888-1970) wrote in reference to the Apulian Aqueduct: «è un'opera che non vede nessun'altra anche per bellezza» (It's such a beautiful work of art that can't be compared to others).

The origins of Caposele are not certain. The Sele river, however, is mentioned in several writings, including by famous poets and writers, such as Homer, Virgil and Pliny.
It's known that Caposele was, at the beginning of the 11th century, the territory of the Principality of Salerno. Then it passed to the Principality of Citra and the first news of a fief and a probable castle date back to the Norman period, probably to 1160, when Filippo di Balvano (or Balbano) became the owner.
It was first dominated by the Swabians, then by the Angevins, then again by the Aragonese. In 1416 Queen Joanna II of Naples entrusted the income of the fief to Antonio Gesualdo. With Luigi II Gesualdo, the town reached great prosperity, so much so that in 1494 Caposele obtained the title of Universitas, that is, of an autonomous municipality able to freely elect a mayor by show of hands by its inhabitants and to administer justice.
The fiefdom passed, in the 17th century, to the Ludovisio family, that bought it and sold it more than once. It is recalled that in 1714 Inigo Rota was appointed prince of the Land of Caposele, who made available his forests when wood was needed to build the Basilica of Materdomini.
In the 18th century, Caposele had already assumed the characteristic layout of the town that it still retains today.

Caposele welcomes and reveals treasures of a map that leads to the soul of the territory, in which there are worlds referable to art, naturalistic experience, tradition and excellence, all to be discovered 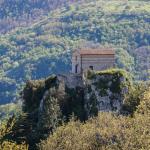 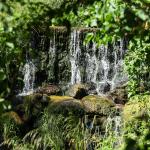 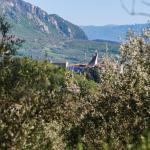 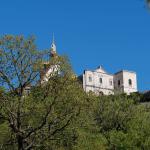 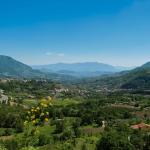 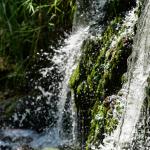 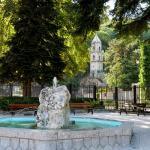 An event not to be missed, which, on the occasion of the summer solstice, transforms Caposele…

An annual appointment in one of the most picturesque villages in Irpinia, Jazz&Wine aims…

A local tradition at the end of April, the Day of the Sick involves many people who gather…

An occasion of great devotion and conviviality, Mothers' and Children's Day brings many people…

One of the longest-lived food and wine events in Irpinia, the Matasse Festival reproposes a…

An event that goes far beyond the traditional Christmas festivities, Europe's tallest…

The 7 Fountains Trail is a sensational nature trail, an excursion to discover the historical…

A wonderful place, surrounded by unspoilt nature, the Caposele River Park offers the…

A place of worship that has been venerated for centuries, the Church of Santa Maria della…

A peaceful and harmonious place, nestled in the beautiful natural setting of the Sele Valley,…

As the custodian of the religious experience and miracles attributed to the Saint, the…

Located in one of Irpinia's best-loved places of worship, the "Sala dei Fiocchi" stirs…