The Municipality of Bagnoli Irpino rises in the area of the Picentini Mountains Regional Park. It's a town with 3,139 inhabitants, located 654 metres above sea level, at 40 km from Avellino. The territory extends for 68.81 sq km and the adjoining municipalities are: Acerno, Calabritto, Caposele, Lioni, Montella and Nusco. It's crossed by the river Calore and has several springs.
The etymology of the name seems to come from baniolum, Latin term that indicates the abundance of waters in its territory. The inhabitants are called Bagnolesi and Saint Lawrence is their patron saint.

Bagnoli Irpino was defined "the small Florence of Irpinia" by O. Ruotolo in 1958.
The custom of hanging red peppers to dry them is very characteristic. The peppers, in fact, are "sewn" together with a needle and cotton thread and hung from the balconies, windows and walls in front of the house, colouring the alleys and making them even more characteristic and Mediterranean.

Bagnoli Irpino arose before the year 1000, as a fortified centre in defence of the Lombard Duchy of Salerno. Dipold, Count of Acerra made it a centre of strategic importance: the town became a parade ground, surrounded by mighty walls and equipped with a formidable castle, located on the hill called Serra, and dominating the entire upper Calore Valley.
For centuries it was a Royal Property, until, in the Aragonese period, it was given as a fief, together with Montella and Cassano Irpino, to the Cavaniglia family, Spaniards related to the Orsini.
Erected as a duchy in 1611, it became a fief of the Maiorca-Strozzi family until 1806, the year of the abolition of feudalism.

Who said it's possible to live fantastic adventures only on the other side of the world? A weekend on the Laceno plateau in Bagnoli Irpino among nature trails, flavours and relaxation is ideal for those who love days full of outdoor activities, dedicated to everyone, both experts and non-experts 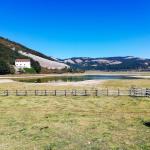 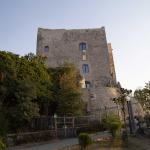 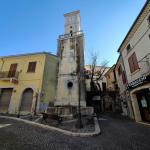 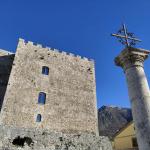 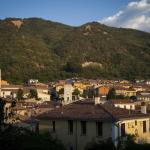 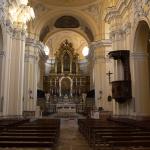 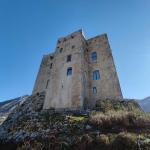 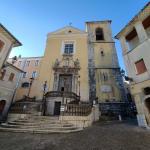 A true celebration of typical food in the autumn of Bagnoli Irpino. The food and wine…

An impressive nature area with riding stables and hiking trails, this is a popular destination…

The numerous works of art and the spectacular wooden body make this church, located in the…

View →
Places of culture Other places

A symbol of the integration of the Bagnolese and Jewish communities that settled there, with…