The Municipality of Montella rises in the area of the Picentini Mountains Regional Park. It's a town with 7,629 inhabitants, located 634 metres above sea level, at 36 km from Avellino. The territory extends for 93.87 sq km and the adjoining municipalities are: Acerno, Bagnoli Irpino, Cassano Irpino, Giffoni Valle Piana, Montemarano, Nusco, Serino and Volturara Irpina. It's crossed by the river Calore.
The etymology of the name seems to derive from Monticulus or Montillus, from which Montilla, Motilla and finally Montella. It clearly derives from "monte" (mount) intended as "fortified hill". The inhabitants are called Montellesi and Saint Roch is their patron saint.

According to the legend, Saint Francis, once he arrived in Montella, asked the feudal lord for hospitality at the castle of the town, and the latter refused. Francesco, with his brothers, took refuge in the woods of Folloni and spent the night under a holm oak. That night it snowed heavily, except in the area of the tree under which the friars slept. The day after, the castellan realized what had happened and, having witnessed the miracle, he asked Saint Francis to leave the two friars in the area to build a convent.
The "holm oak of the miracle" was preserved as a relic under the altar of the Convent of San Francesco a Folloni for a long time.

The discovery of finds from the Bronze Age suggests that the Montella area was already inhabited in the third millennium BC What is certain, however, is that, around 500 BC some Samnite tribes from Irpinia settled in the area between the Calore and the Lacinolo rivers.
Montella was the town hall in Roman times and seat of an important gastaldate under the Lombard domination. It was administered by the Cavaniglia counts, who came to the Kingdom of Naples from Spain following Alfonso V of Aragon. In this period the area around the Castle began to depopulate, until the definitive abandonment of the fort at the beginning of the 16th century.
In the following centuries, different families took turns at the helm of Montella: the last lords, before the abolition of feudalism in 1806, were the Doria, Princes of Angri.

Montella is the emotion of hands that grip the ropes and mark the rhythm of a dance of devotion through the bell of the Holy Saviour, it's harmony among history, the sounds, the body and the spirit which reaches the inhabitants of the Calore Valley 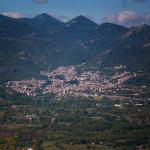 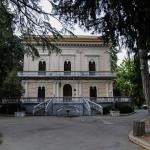 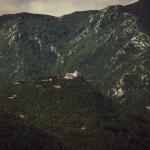 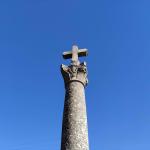 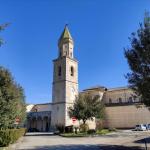 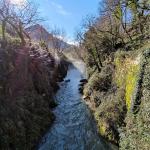 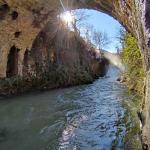 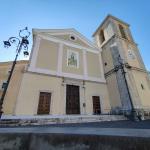 Each year the Festival hosts a number of performers. The menu offers a range of typical dishes…

Standing at 954 metres above sea level, it has been a pilgrimage destination for generations,…

Once a Roman hill fort and then a Lombard castle, the building was restored a few years ago.…

Recognized as a national monument, it owes its name to the place where the first Franciscan…