The Municipality of Volturara Irpina is located in the area of the Picentini Mountains Park, on the slopes of Mount Terminio, in an extraordinary natural basin. It's a town with 3,183 inhabitants, located 667 metres above sea level, at 23 km from Avellino. The territory extends for 32.42 sq km and the adjoining municipalities are: Castelvetere sul Calore, Chiusano di San Domenico, Montella, Montemarano, Salza Irpina, Santo Stefano del Sole, Serino and Sorbo Serpico.
The etymology of the name would seem to come from the original Etruscan base vel - "high ground", but also from Utur, which in Oscan-Samnite means "stagnant water", with the Latin suffix "ali". The inhabitants are called Volturaresi and Saint Nicholas of Bari is their patron.

Legend has it that, in the area where the Piana del Dragone stands today, a prince named Gesio managed to kill a three-headed dragon with his sword. Once it lost the duel, the monster sank into the bowels of the earth, creating three holes dug by its three heads, giving rise to the natural sinkhole, called Dragon’s Mouth and still visible today.

The existence of the first settlements in Volturara Irpina dates back to Roman times: it is assumed that, following the destruction of the legendary Sabatia, guilty of having given its support to Hannibal during the second Punic war against Rome, part of its population moved between the Upper Sabato Valley and the area of the Picentini Mountains, creating numerous settlements, including the original one of Volturara.
This hypothesis seems to be supported by the fact that, throughout the municipal territory, some tombstones have been found, of which, today, no trace remains, but whose content was wisely described by the priest Pasquale Di Meo, grandson of the great historian of the Kingdom of Naples Alessandro (1726-1786).
Volturara Irpina was a fief of countless families: Balbano, D'Aquino, De Cabani, Della Marra, Garlon, Cavaniglia, Carafa, Strambone and Berio. The last lord of Volturara, before the subversion of feudalism in 1806, was Francesco Berio, who died in 1819.

Today you can practice mountaineering and mountain hiking in Irpinia. Voltura Irpina leads the way with the via Ferrata and Climbing Route, the first certified in Campania, and with routes that will be open to everyone, children and adults, with varying degrees of difficulty, offering experiences to share 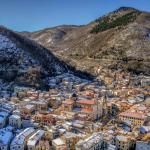 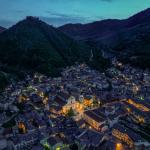 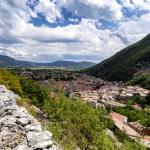 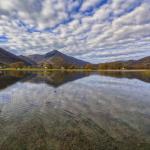 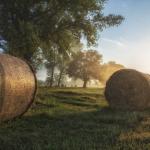 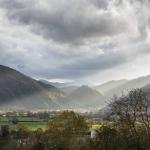 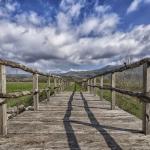 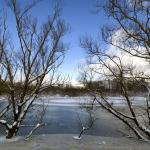 The Mother Church in the main square was probably first built in the 16th century, as it is…

A cultural and historic legacy of rural and artisanal life, the museum contains exhibits that…

There are 3 climbing routes up the mountain overlooking the historic centre. They are…

It is a Norman-Swabian building, rebuilt at the behest of the Aragonese nobility and…