The Municipality of Salza Irpina is located within the area of the Sabato Valley. It's a village with 744 inhabitants, located 547 metres above sea level, at 12 km from Avellino. The territory extends for 4.96 sq km and the adjoining municipalities are: Chiusano di San Domenico, Parolise, San Potito Ultra, Sorbo Serpico and Volturara Irpina.
The etymology of the name comes from Latin salsa, the feminine gender of the adjective salsus, or “salty”, attributable to the source of salt water located on the border of the town and used for the extraction of salt. The inhabitants are called Salzesi and Our Lady of Graces is their patron saint.

Salza Irpina is commonly known as “Il Paese degli Scarpari” (The Town of Footwear Workers), because of the footwear tradition developed in the 20th century among the artisans of the village. The original name of the town was that of Salza Principato Ulteriore, later changed to Salza Irpina, with Royal Decree of 1862.

Some archaeological evidence found in the territory of Salza, as well as the etymology of the name, suggest the existence of settlements since Roman times.
In the Middle Ages, there was a first phase of development that, in the following eras, saw numerous families, princes and marquises alternate at the helm of the town. In the second half of the 19th century, thanks to the commitment of Michele Capozzi, mayor of Salza and, subsequently, parliamentarian of the Kingdom of Italy, the village experienced a new period of splendour, with the construction of the railway station, located on the historic Avellino-Rocchetta Sant’Antonio route, and the establishment of the first Popular Library of Irpinia, located today in the Town Hall.
In the 20th century, the progressive depopulation caused a sudden demographic decrease, contrasted by the local population with the flourishing of the footwear trade.

There is no city or town that looks like another, each has its own colour and scents. Salza Irpina wants to tell the story of each of its souls 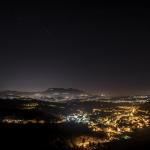 Built in the 16th century, it is the Mother Church of the village, known for its imposing bell…

Located in the oldest part of the village, it has a beautiful façade with a splendid 18th-…

Built between the 15th and 16th centuries, it stands out for its doorway covered with…