The Municipality of Calabritto is located in the Sele Valley area, in the Picentini Mountains Natural Park. It's a town with 2,309 inhabitants, located 480 metres above sea level, at 66 km from Avellino. The territory extends for 56.33 sq km and the adjoining municipalities are: Acerno, Bagnoli Irpino, Caposele, Lioni, Senerchia and Valva. It's crossed by the Sele river and the Rio Zagarone.
The etymology of the name seems to come from a legend: a woman named Britta (for some of easy virtue, for others the daughter of an authentic feudal lord, for others an innkeeper), called, depending on the version of the customers of the inn or by the soldiers of Hannibal, with the shout "Cala Britta". The inhabitants are called Calabrittani and Saint Joseph is their patron.

According to a local tradition, part of the inhabitants are descendants of Spartacus' troops, who managed to escape the Romans at the mouth of the Sele and definitively defeated by them "ad caput silaris fluminis", that is, in today's Caposele.

The Upper Sele Valley was deeply marked by the passage of the various lineages that settled there in ancient times. However, in Calabritto there is no real archaeological area and the finds found in Piedelmonte were lost due to the earthquake of the 23rd of November 1980.
Calabritto was closely linked to Caposele, having territorial borders in common; in 1279, however, Caposele asked for the division.
The conformation of the town changed profoundly after the plague of 1656, with an increase in the population and a new orientation of the concentration of the town towards the castle and towards the Mother Church of the Holy Trinity.
In 1807 Calabritto passed from the Citra Principality (of which it was part from 1229) to the Ultra Principality.
Among the events that marked the territory, we point out the annexation of the nearby town of Quaglietta, in 1928, which became a hamlet of it, and the severe damage caused by a violent bombing during the Second World War and by terrible earthquakes, such as that of 1980.

Have you ever heard of aquatrekking? An excursion to be practised in small groups, in which the aquatic element is central, and Calabritto is certainly ideal for practising it due to its natural environments that are intact from an environmental point of view 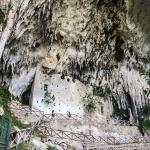 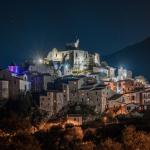 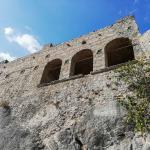 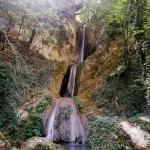 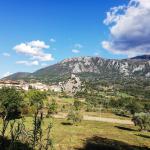 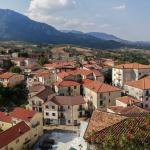 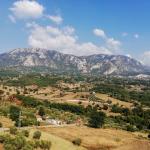 A tradition that has been handed down from generation to generation in Calabritto, the…

A combination of devotion, folklore and fun, Saint Joseph's Bonfires are one of the most…

A sign of age-old charm, unchanged over time, the medieval village of Quaglietta is an…

The Zagarone torrent flows through Calabritto, whose waters, together with those of its…

Situated in the locality of the same name and linked to an ancient popular legend, the…

Located inside a karstic cave, known for its spectacular limestone formations, the rock Church…

A place of ancient devotion and faith, the Church of Santa Maria di Costantinopoli in…