The Municipality of Senerchia is located in the Sele Valley, in the area of the Picentini Mountains Park. It's a village with 798 inhabitants, located 600 metres above sea level, at 75 km from Avellino. The territory extends for 35.99 sq km and the adjoining municipalities are: Acerno, Calabritto, Campagna, Oliveto Citra and Valva. It's crossed by the Sele river and other minor springs, including the Vallone and Acquabianca streams.
The etymology of the name is linked to the Roman oppidum Sena Herclea. The inhabitants are called Senerchiesi and Saint Michael the Archangel is their patron.

During the Feast of Saint Anthony, the Senerchia community usually collects wood from all the houses in the village, in order to use it for lighting the bonfires.

Senerchia has very ancient origins, dating back to the 9th century BC, when the Picentini, who settled after the Second Punic War, remained in what was once called Sena Herclea.
After a succession of various populations and following the separation of the Principality of Salerno from the Duchy of Benevento in 840, Senerchia obtained the title of Universitas, that is a fortified centre with its own autonomy and a permanent resident population.
During the Kingdom of Naples and the Kingdom of the Two Sicilies, Senerchia was a municipality belonging to the Calabritto district, included in the Campagna District, in the province of Citra Principality. With the Unification of Italy, it was assigned to the province of Avellino.

It's difficult to describe the emotion you feel observing its wonderful waterfall. Senerchia reveals its souls in this and many other hidden pearls 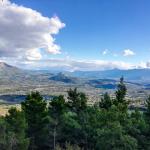 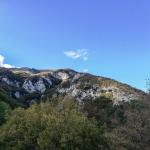 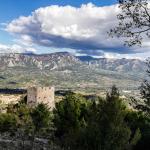 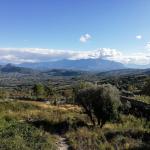 A splendid nature reserve formed in 1992, set in the Picentini mountains chain, it is home to…

Built by the Lombards between the 8th and 9th centuries, it dominates the valley from the…

The oldest part of the village, which was established below the Castle, has become an…