The Municipality of Teora is located in the Upper Irpinia area. It's a town with 1,476 inhabitants, located 660 metres above sea level, at 58 km from Avellino. The territory extends for 23.21 sq km and the adjoining municipalities are: Caposele, Conza della Campania, Lioni and Morra De Sanctis. It's crossed by the Ofanto river.
The etymology of the name probably comes from the Latin tugurium, whose plural is teguria, meaning huts, referring to the shelters built by the Samnites. The inhabitants are called Teoresi and Saint Nicholas of Bari is their patron saint.

In Teora, the "pesatura" is linked to the choral rite of wheat harvesting and separation, by means of the "weighing" of the ear of wheat.
Teora is a land of serenades: in the village, no one in love can get married without first having dedicated a public serenade to their beloved.
During the celebrations in honour of Saint Martin (11th of November), the citizens enjoy the "Saint Martin's Pizza", the traditional potato gâteau. Each portion of the pizza is served with a coin inside, able to give those who find it the "power" to order lunch for the diners on the 21st of November (the so-called cummit, the Banquet).

Born from a previous pre-Samnite settlement, Teora was part of the territory of Conza both in Roman times, as documented by the findings of pit tombs in the Oliveto-Cairano area, and in medieval times, following its historical events for a long time.
Mentioned in 1098 in a bull of Pope Urban II and in a subsequent notarial deed of 1332 as a fiefdom of Filippo di Tigora, a local noble, Teora was administered by the Gesualdo, Ludovisi and Mirelli families; the latter remained at the helm until 1806, the year of the abolition of feudalism.
The earthquake of the 23rd of November 1980 severely hit the town, destroying numerous testimonies of the past, including the baronial palace, the Church of San Nicola di Mira and Casa Mazzeo. No trace remains of the Lombard castle, in the locality of Boiara and already hit by the earthquake of 1732: it is known that it was renovated in the Aragonese period and that it had cylindrical towers founded on an escarpment base.

Teora and its "Squacqualacchiun" are always ready to welcome those who want to live moments of inebriation, joy, escape, freedom 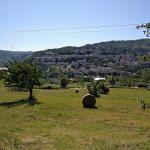 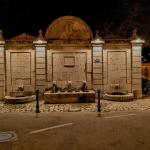 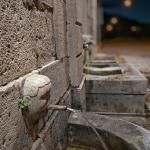 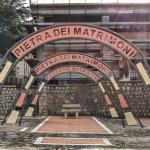 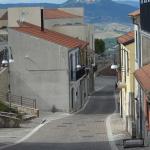 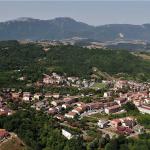 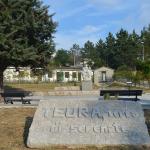 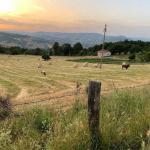 Also known as the Fontana dei Tarantini, it stands out for its imposing structure and for the…

Located on Piazza Congrega, it is a stone table on which public deeds were drawn up and civil…