The Municipality of Conza della Campania is located in the Upper Irpinia area. It's a town with 1,289 inhabitants, located 440 metres above sea level, at 68 km from Avellino. The territory extends for 51.64 sq km and the adjoining municipalities are: Andretta, Cairano, Caposele, Castelnuovo di Conza, Morra De Sanctis, Pescopagano, Sant'Andrea di Conza and Teora. It's crossed by the Ofanto river and overlooks the Conza dam.
The etymology of the name comes from Compsa, an ancient and powerful city. The inhabitants are called Conzani and Saint Herbert is their patron saint.

The symbol of the municipality is the Phoenix, which dies and is reborn countless times from its ashes, just as Conza did following the numerous earthquakes that hit it.
The Conza Dam, completed in 1992, can contain up to fifty-four million cubic meters of water.

In the Roman and early Middle Ages, Conza della Campania (Compsa) was an important city and in many ways also powerful, at least until the modern age, when, due to frequent earthquakes, it suffered severe damage and a decimation of the population. Among the most disastrous seismic events we remember that of the 25th of October 990, after which the ancient Compsa was rebuilt on a hill, with the houses around the castle. Even the most recent earthquake, however, that of the 23rd of November 1980 devastated Conza della Campania, causing the destruction of the old village, currently uninhabited, and leading to the reconstruction of the current town downstream.
It should be noted that Conza della Campania was a bishopric from the 6th century and a metropolitan archbishop's seat from the 11th century.

The WWF Oasis is an unmissable experience to share with the whole family, as well as the variety of elements that Conza della Campania offers and from which you can choose what you prefer 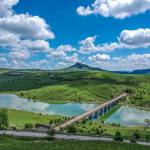 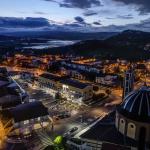 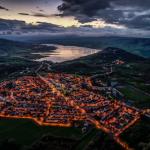 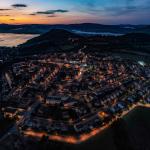 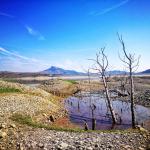 Re-emerging beneath the ruins of ancient Conza della Campania, the Compsa Archaeological Park…

A new, modern religious building in Conza della Campania that is home to many fine sacred…