The springs of the Sele river originate, at an altitude of 420 metres, from a large limestone rock face on the eastern slope of Mount Paflagone, in the Municipality of Caposele.

Located in an area included in the Campanian Apennine mountain range, between the provinces of Avellino and Salerno, rich in watercourses and natural resources, the springs collected in Mount Cervialto flow towards Caposele. It is here, near Paflagone, that these underground waters feed the Sorgente Sanità (Health Spring) in a south-easterly direction, and are then collected in streams of water in the riverbed, at the Tredogge spring, thus giving rise to the flow of the Sele river, which continues as far as Capaccio Paestum.

Today, the springs are the starting point of the Apulian Aqueduct, whose waters quench the thirst of the entire Tavoliere delle Puglie area. The park, which can be visited near Piazza Sanità, houses the Aqueduct infrastructure and the first headquarters of Acquedotto Pugliese SpA, one of the first constructions in Italy to be built in reinforced concrete. The manoeuvring chambers can be found in the structure that protects the collection systems, with the original locks dating back to 1909 still in working order and, above all, the view of the underground structures that convey the copious and clear waters of the Sele river from the rock to the Pavoncelli tunnel. This is the starting point of the Aqueduct route, which crosses the whole of Puglia, reaching the town of Santa Maria di Leuca in the province of Lecce.

Even today, the Caposele Aqueduct Park is known as "the work of which the world cannot remember the like", thus underlining the importance of the Sele springs. 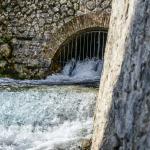 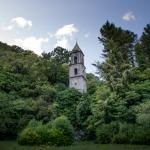 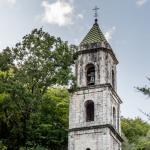 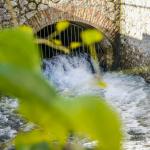 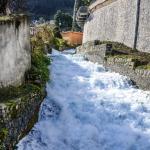