The Aragonese Toll House of Flumeri is a real pride for the entire Ufita Valley and stands on a small hill in Doganelle.

It was built during the Aragonese period, on the model of Angevin architecture, as can be seen from the shape of the four towers placed at the respective corners of the structure, visually suggesting a fortress built to defend the valley.
An initial historical theory, however, considers the building to have been erected in 1479 on behalf of Frederick of Aragon - as can be deduced from the heraldic coat of arms to the east of the structure - to serve as a hunting lodge for the royal family, who went hunting in the nearby Vufeta woods. As the main crossroads for the now important phenomenon of transhumance, it would later change its activity to toll house.
A second theory, however, suggests that the structure was created for its typical toll house function, as the Kingdom of the Two Sicilies was flourishing at the time and the area was the subject of considerable trade, increased grazing and transhumance from Campania and Abruzzo to Puglia and vice versa so that the control of the large number of flocks passing through the toll house became a means of financial gain for the monarchs' coffers.

The east and south sides of the Aragonese Toll House have a ground floor and first floor for shepherds, military personnel and officials, while huge stables housed the cattle on the east and west sides. Flocks in transhumance or those from the surrounding pastures also circulated in part of the large courtyard, which they entered from the entrance that was originally located in the south wall, as evidenced by the large Fontanarosa stones once placed to support the portal.

After a major restoration, the complex, which boasts a perimeter of about 200 metres, was returned to the citizens of Flumeri and the new rooms, restored to their former glory, are now used as rooms for events and appointments with history, with the aim of promoting this jewel in the crown of the entire Ufita Valley as an attraction for a cultural tourism revival. 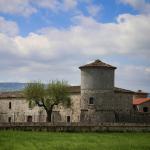 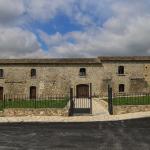 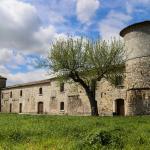