Biondi Morra Castle is a site of historical interest in Morra De Sanctis, and is currently the home of the Antiquarium Museum.

The Castle is of Lombard origin, dating from the period between the 9th and 10th centuries. The first mention of the hill fort dates back to 1137, when Pietro Diacono told of the Norman military leader Roberto Morra, who left the Castle with his men to hunt down the abbot Rainaldo di Montecassino on his way to Melfi.
During the Anjou-Durazzo dynastic struggles, the Castle was sacked, falling first into the hands of the Giamvilla family and then the Caracciolo family, who converted it into a noble residence early in the 17th century. The Castle was then regained by the Morra family, who carried out the restoration work. In the 17th century, the building became a summer residence. Only a century and a half later would it again be reoccupied by the Morra family.

Much restoration work has been carried out on the Castle due to a series of natural and historical events, including the 1695 earthquake, the sacking by French troops in 1799, the fire of 1911 that destroyed the library and lastly the earthquake of 23 November 1980. In the 1980s the last owners of the Castle, the Camillo brothers and Goffredo Biondi-Morra, donated the building to the Municipality of Morra De Sanctis, which still owns it today.

Considering its original function as a defensive hill fort, the Castle still retains part of the façade, built from local stone, and parts of the two round towers flanking the main entrance, which opens onto the picturesque internal ward. Another notable feature is the milestone in the atrium, probably dating back to the 1st-3rd centuries AD This is a feature that was certainly not part of the castle, and symbolises pagan rituals once celebrated in the countryside around what is now the district of Santa Lucia.

Even today, the Biondi Morra Castle can still be admired in all its beauty, and it is a historic and cultural symbol for the community of Morra. 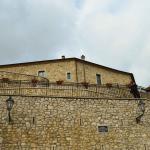 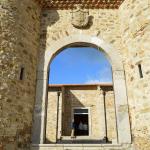 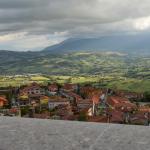 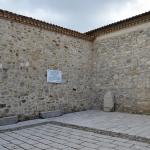