Skip to main content
Places of culture
Other places

In the Municipality of Rotondi, the artists Eugenio Giliberti, Umberto Manzo, Perino & Vele, Lucio Perone, and Peppe Perone have shared the space of a street for several years as the site of their studios: Via Varco, now known as "art street". In this context, a series of cultural and urban regeneration initiatives and projects have been funded by the Campania Region over the years. The events involved the region in a series of artistic, musical, and performative activities, opening artists' studios to the public. For these events, the artists of Via Varco were invited to produce permanent works to be placed in the town's public spaces and in other towns in the Caudina Valley. Some of the sculptures and installations are inspired by the environmental characteristics of the region, as in the case of the piece "R-H2O+" by Giliberti, which connects to the path of the river Isclero, while others are related to local history and traditions, as evoked in the luminous sculpture by Lucio Perone "The emigrant's dream" and in the mural "paMaronn" by Perino&Vele. As evidence of the national and international importance of these artists, the piece "A subway è chiù sicura" (A subway is safer) by Perino&Vele can be admired in the "Salvator Rosa" line 1 metro station in Naples.

The brothers Lucio & Peppe Perone are originally from Rotondi. Eugenio Giliberti is half Neapolitan and half from the Caudina Valley area. It was from this second half that he inherited a farm on Via Varco, where he decided to live and create a few years ago. It is a one-of-a-kind farm, as it has been renovated maintaining the shape and spirit of its mid-18th century origin.
Some time after he moved there, Giliberti received a visit from his colleague Umberto Manzo, who fell in love with the area and decided to set up his workshop not far from him. A little further away, meanwhile, is the Perino&Vele studio. The first of the pair, Emiliano Perino, is from San Martino Valle Caudina, while Luca Vele is from Rotondi, and the artistic couple works in what was once his father's body shop. And let's not forget that Rotondi was the birthplace of Luigi Mainolfi VIII, a native of Rotondi and a world famous artist. 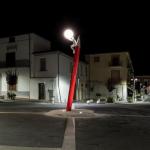 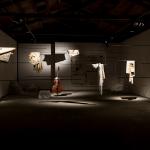 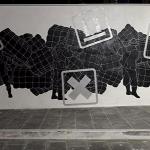 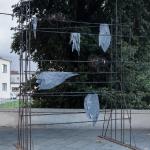 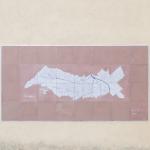 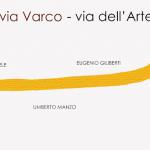