The Municipality of Montecalvo Irpino is located within the area of the Cervaro-Miscano Valley. It's a town with 3,475 inhabitants, located 623 metres above sea level, at 60 km from Avellino. The territory extends for 54.01 sq km and the adjoining municipalities are: Apice, Ariano Irpino, Buonalbergo, Casalbore, Castelfranco in Miscano and Ginestra degli Schiavoni.
The etymology of the name, according to some, seems to derive from the Latin mons calvus, or “rocky mountain, devoid of trees”; according to others instead from mons galbus, or “yellow mountain” for the colour of the tuff or of the broom flowers in the area. The inhabitants are called Montecalvesi and Saint Felix is their patron saint.

Legend attributes the origin of the mephitic phenomenon, the Bolle della Malvizza, to the wrath of the gods, who punished a tavern keeper for robbing the wayfarers of the Via Traianea, confining him and his servants in the bowels of the land of the volcanic bubbles: every year, on 15 August the laments of that man are said to still be heard.
The Pacchiana is a typical Montecalvese dress that is worn, even today, by many elderly women or in traditional celebrations (such as Carnival) that refer to the original etymology of the term, or desire for fun, joy, a mixture of smells and flavours, songs and tarantellas that made you think of “pacchia” or fun.
Montecalvo is part of the national association of the Cities of Bread.

Several archaeological finds and the entire village of Trappeto suggest that the first settlements in the territory of Montecalvo Irpino probably arose in the Neolithic age, if not as far back as the Upper Paleolithic.
The first historical information of the town, however, can be found in documents of the year 1000 and it is known that starting from the end of 1300 Montecalvo Irpino was involved in the events of the nearby town of Ariano Irpino.
The earthquake of 1456 deeply damaged the houses of the town and, subsequently, there was an urban expansion outside the now destroyed walls.
Among the domains on the territory, we mention in particular that of the Carafa family: the fief was in fact sold to Alberico Carafa, first Duke of Ariano in 1501, and belonged to this family until the end of the 16th century, when it was conquered by Carlo Gagliardi, and then passed to the Pignatelli family. The latter held the fief of Montecalvo Irpino until 1806, the year of the abolition of feudal rights in southern Italy.

Montecalvo is the good smell of warm, freshly baked bread, a fragrance that stops time and caresses those who seek to lose themselves in its land 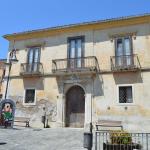 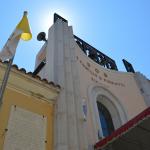 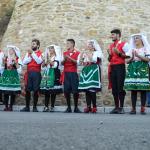 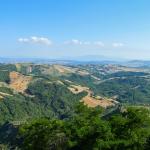 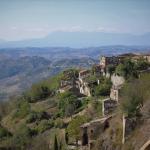 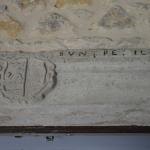 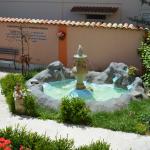 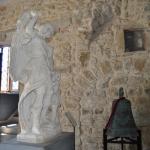 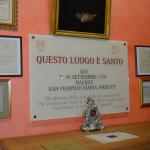 Although the Castle was built many centuries ago, visitors can still admire the architecture…

Built thanks to the congregation’s generosity, the Church is home to numerous works of art,…

An ancient village of cave homes: typical Mediterranean houses cut out of the rock. They were…