The town of Ariano Irpino is located on the northern side of the Ufita Valley, 601 metres above sea level and 76 km from Avellino. With its 22,004 inhabitants and its 100.88 sq km, it is the second most populous municipality in the province of Avellino, as well as the largest by area. The neighbouring municipalities are: Apice, Castelfranco in Miscano, Flumeri, Greci, Grottaminarda, Melito Irpino, Montecalvo Irpino, Monteleone di Puglia, Savignano Irpino, Villanova del Battista and Zungoli. The Ufita and Miscano rivers run through it and it is crossed by the Cervaro stream.
The etymology of the name could derive from the Latin term Ab Ara Iani, with reference to an ancient pagan altar dedicated to the god Janus or, according to another version, from the phrase Fundus Arianus (lit. “land of Arius”). The inhabitants are called Arianesi and Saint Ottone Frangipane is their patron saint.

The city centre of Ariano Irpino rises in a dominant position on three hills (Castello, Calvario and San Bartolomeo), from which the epithet of Città del Tricolle (City of the three hills) is derived.
From 1868 to 1930 the city took the name of Ariano di Puglia and was the seat of the district of the same name, existing until 1926.
The municipal stadium located in Via della Ginestra is named after the Olympic track and field champion Pietro Mennea (1952-2013).

The origins of Ariano Irpino date back to the Neolithic settlement of Starza, located along the road that leads from Benevento to Foggia. The Samnites later founded in the area of Sant’Eleuterio Aequum Tuticum (“field” or “great plain”). With the passage of time, this site was Romanised and became an important road junction along the route of the Tratturo (old transhumance route) “Candela-Pescasseroli”.
With the Barbarian invasions, however, the decadence of this settlement called Aequum Tuticum began, until it disappeared due to violent earthquakes.
Subsequently, the inhabitants began to settle on a different area, the Tricolle, on a hill to the south. This is how Ariano Irpino was born, a Lombard stronghold that, during the various eras, saw the alternation of various conquering peoples, including the Normans, supporters of the restructuring of the Castle. To own the fief were then the Swabians, the Angevins, the Provencal family of Desabramo, the Carafa and Gonzaga families, until in 1585 the city redeemed itself from the feudal regime to become a Royal City.

What to do in Ariano Irpino? There are many possible choices to share with the family, from the Norman Castle, one of the best preserved fortresses, whose stories always fascinate young and old, to the Ariano Folk Festival, a true ethnocultural project that through music reinvents human relationships in the name of inclusion and dialogue between cultures 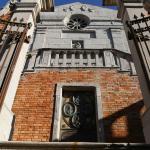 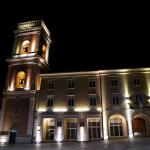 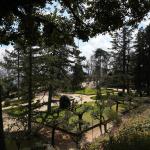 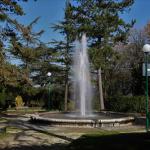 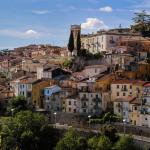 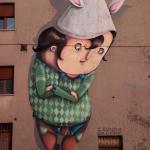 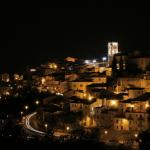 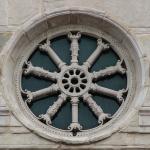 A reference point in Europe and the Mediterranean for lovers of international popular music,…

An event of immeasurable importance for the entire community, the Re-Enactment of the Gift of…

A significant example of the presence of northern populations in Irpinia, known for its…

One of the richest religious and artistic places of worship in the entire province, Ariano…

Located in the heart of the historic centre, the Civic and Ceramic Museum of Ariano Irpino…

A rich testimony to one of the oldest counties in Italy, the Museum of Norman Civilisation in…