The Municipality of Savignano Irpino is located within the area of the Cervaro-Miscano Valley. It's a village with 1,089 inhabitants, located 718 metres above sea level, at 72 km from Avellino. The territory extends for 38.47 sq km and the adjoining municipalities are: Ariano Irpino, Greci, Montaguto, Monteleone di Puglia and Panni.
The etymology of the name derives from the Latin name Sabinius which probably indicates an ancient landowner of the area, but its name changed in 1963 from Savignano di Puglia to Savignano Irpino, reflecting the border situation of the municipality. The inhabitants are called Savignanesi and Saint Anna and Saint Nicholas are their patron saints.

The Municipality of Savignano Irpino is part of the prestigious network of “Italy’s Most Beautiful Villages” since 2016.
It has a camper parking area consisting of 12 areas, which holds the quality recognition “Yellow Flag” assigned by A.C.T Italia (acronym of Associazione Campeggiatori Turistici d’Italia, an association for Campers).

The origins of Savignano Irpino are uncertain, although remains of the first settlements dating back to the Paleolithic era have been found at Ferrara and Monte Sant’Angelo: the discoveries made have allowed us to reconstruct the succession of different ethnic groups in the Cervaro Valley over the various eras. The birth of the current village could date back to the period between the 7th and 8th centuries, coinciding with the construction of the castle, built for defensive purposes.
During the Norman era, Savignano was affected by a fortification process that led it to be part of a barony dependent on the county of Ariano Irpino, together with Ferrara and the nearby Greci.
After the Unification of Italy in 1861, the town was incorporated into the province of Avellino and, a year later, assumed the specification “di Puglia”, to differentiate itself from municipalities of the same name, located in the provinces, respectively, of Modena (Savignano sul Panaro) and Forlì-Cesena (Savignano sul Rubicone). Only in 1963, the municipality changed the specification to “Irpino”.

The breath that becomes a fresh cloud, the gaze that is lost in the great spaces of the most rural Irpinia: wonderful in summer, enchanting in winter. Savignano Irpino welcomes visitors, allowing them to regain possession of their senses 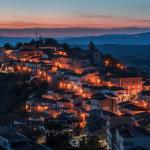 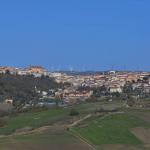 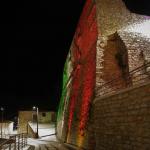 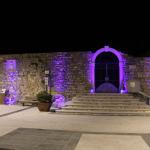 Music and popular dances, confetti and spectacular parades of allegorical floats: art and…

Set in the heart of one of "Italy's Most Beautiful Villages", the Mother Church of Savignano…

Created based on a recent project, the Percorso Vita in Savignano Irpino is equipped with…

Built between the 7th and 8th centuries, it once dominated the Cervaro Valley

Known for its wooden skull at the entrance and the works of art inside, the Church of the…

Built at the beginning of the 16th century, outside the old boundaries of the village, the…

Located in one of the village's most picturesque streets, Orsini Palace in Savignano Irpino…