The Municipality of Zungoli is located in the area of the Ufita Valley, on the border with the province of Foggia. It's a village with 1,057 inhabitants, located 657 metres above sea level, at 60 km from Avellino. The territory extends for 19.22 sq km and the adjoining municipalities are: Anzano di Puglia, Ariano Irpino, Flumeri, Monteleone di Puglia, San Sossio Baronia and Villanova del Battista. It is crossed by an ancient transhumance route, the Regio Tratturo Pescasseroli-Candela.
The etymology of the name, although still uncertain, is attributed to a Norman who exploited the strategic position to build a castle, called "Castrum Caroli". The inhabitants are called Zungolesi and Saint Anne is their patron saint.

Zungoli is the only town in the province of Avellino to be able to boast both the Orange Flag, the prestigious recognition of the Italian Touring Club for small villages of Italian excellence, and the presence in the network of "Italy's Most Beautiful Villages", demonstration of the quality of the small village in terms of hospitality and beauty.
In 1618 the writer and poet Giambattista Basile (1566-1632), author of the beautiful fairy tales “Lo Cunto de li Cunti”, was governor of Zungoli.

Traces of the first historical settlements in Zungoli, found throughout the municipal territory, suggest the existence of a village already in Roman times. The discovery of coins, stone markers and other ancient objects testify, in fact, the importance of the area in which the Irpinian village stands, characterized by the connections with the Appian and Trajan roads and with the Regio Tratturo Pescasseroli-Candela, historical routes that are decisive for the socio-economic development of the local community.
The town assumed its current conformation around the 11th century, when the population began to gather in a single inhabited centre, fortified through the construction of walls and castle, of clear Norman origin. Under Frederick II of Swabia, in 1232, the village became "Universitas", that is a municipality governed by the mayor and a small circle of elected administrators.
The autonomy lasted a few decades: with the victory of Charles I of Anjou over Manfredi in the battle of Benevento in 1266, Zungoli passed under the Angevin domination of the Montefuscolo (1266-1442), which was followed by that of Alfonso of Aragon (1442- 1500), up to the Loffredo family, who administered the village from 1513 to 1806, the year in which the subversion of feudalism took place.

Walking along the route of the Regio Tratturo as in an unwritten ritual, Zungoli becomes a travelling companion for an experience that is both an adventure and a search for meaning 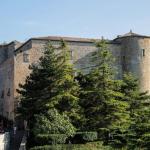 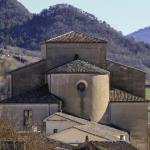 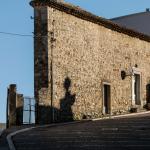 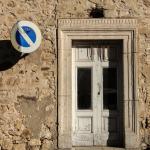 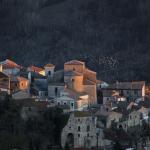 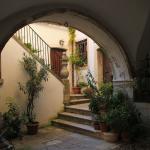 Music, shows, poetry, exhibitions and tastings to rediscover the beauty of the village, the…

An event to celebrate Ravece, one of the most prized olive cultures on the Italian and…

In Zungoli, one of the pearls of Upper Irpinia, there is a very suggestive place among the…

Located in the lower part of the town, it preserves a precious wooden choir, covered in walnut…