The Municipality of Montefusco is located in the Calore Valley area. It's a village of 1,263 inhabitants, located 705 meters above sea level and 21 km from Avellino. Its territory extends for 8.24 sq km and the neighbouring municipalities are: Montemiletto, Pietradefusi, San Martino Sannita, San Nazzaro, San Nicola Manfredi, Santa Paolina and Torrioni.
The etymology of the name comes from the union of Mons and Fusculi, or "Mount of Foscolo", a Roman or Lombard character who owned the mountain or founded the Castle. The inhabitants are called Montefuscani or Fuscolomontani and the Holy Thorn is their recurring event.

Many difficulties have been encountered in tracing the history of Montefusco up to the Lombard age, the period in which its ascent began in the absence of written sources, given that, on the top of the mountain, there had already been settlements prior to the coming of the Lombards. In fact, according to the historical tradition, in the 9th century, the Lombards fortified the walls of a Castrum already present in the area, thus transforming it into a real castle.
In 1130, with Roger II, Montefusco became a "royal castle", a role reserved for important fortresses from a strategic-military point of view: precisely in this period, it may have fulfilled the function of temporary residence of Popes and kings. With the arrival of the Angevins, it became a royal and state territory "in perpetuity" and was named the capital of the Ultra Principality. Under the Aragon reign, the Provincial Royal Audience was founded for civil, criminal and military cases and the Castle was transformed into a prison. The first problems began to gather on the horizon of the Principality capital, when it was involved in the revolt of Masaniello, which was joined by the plague of 1656 and the earthquake of 1688.
These events marked a period of decline that crossed the 18th century, having its epilogue at the beginning of the 19th century. In fact, in 1806 the French transferred the capital of the Principality to Avellino, which, in fact, took place in 1816.

"Chi trase a Montefusco e po' se n'esce, pò dì che nata vota nterra nasce" (Who comes to Montefusco and then leaves, can say to be born again), a motto full of stories to be revealed 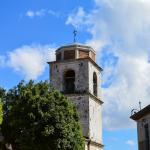 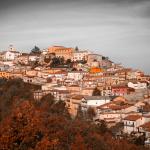 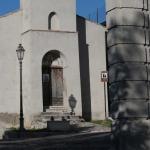 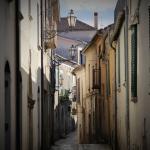 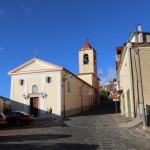 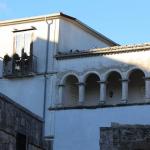 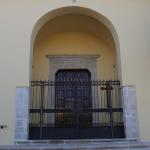 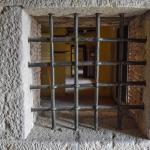 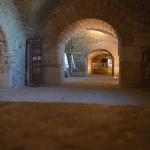 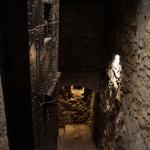 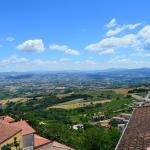 An example of original 17th-century architecture, even today it remains intact, with an upper…

Built in the Norman period, the Castle was adapted for use as a prison during the Aragonese…

The historic frescoed crypt in the small Abbey Church of S. Maria della Piazza, a beautiful…