The Municipality of Altavilla Irpina extends over three hills (Torone, Ripa and Foresta). It's a town with 4,120 inhabitants, located 334 metres above sea level, at 15 km from Avellino. The territory extends for 14.08 sq km and the adjoining municipalities are: Arpaise, Ceppaloni, Chianche, Grottolella, Petruro Irpino, Pietrastornina, Prata di Principato Ultra, Sant’Angelo a Scala and Tufo.
The etymology of the name is clear and is composed of the adjective “high” that precedes the noun “villa”, with obvious reference to the location of the primitive medieval settlement. The inhabitants are called Altavillesi. Saint Bernard of Siena and Saint Pellegrino the Martyr are their patron saints.

With the discovery of the sulphur deposits, in 1886, Altavilla Irpina was radically transformed, especially from an economic point of view: 588 workers soon found employment engaged in the extraction, processing and marketing of the mineral, which soon reached up to a thousand workers. Today, however, the mine has been closed.
Altavilla Irpina is mentioned in the novel “Il marito di Elena”, the work of the famous Sicilian author Giovanni Verga, who desired to transfer, from his sunny island to the lush hills of Irpinia, the scenery of the difficult struggles in the lives of the enigmatic protagonists of his unforgettable stories.

The origins of Altavilla are certainly very ancient, so much so that according to some it is said to have been mentioned, albeit with the different name of Poetilia, by Virgil in the Aeneid.
The first historical information concerning this territory, however, can be linked to a castle, of which today there are no remaining traces, built there in the Lombard era and called Altacauda. Other certain information about the history of Altavilla is the domination by the Normans in the 12th century and the possession of the fief by the De Capua family. It is to this last period, in fact, that the name of Altavilla dates back, used by Luigi De Capua to indicate his family holding.

Come and savour the taste of traditions and discover that story that Altavilla Irpina has to tell of its “people without history”, an ancestral memory that makes you feel at your ease when you travel here 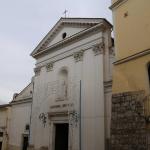 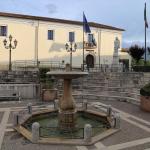 Considered to be one of the most important examples of the "Campanian Renaissance", the…

Located in the heart of Altavilla Irpina, the House Museum of Saint Alberico Crescitelli…