The Municipality of Sant'Angelo all'Esca rises in the area of the Calore Valley. It's a village with 749 inhabitants, located 460 metres above sea level, at 30 km from Avellino. The territory extends for 5.46 sq km and the adjoining municipalities are: Fontanarosa, Luogosano, Mirabella Eclano and Taurasi.
The etymology of the name refers, in the first part, to the cult for the patron saint, while the specification "all' Esca" could derive from the Latin term iscla, that is flat area rich in water, or from the Greek etymology, èoxàpai, the altar on which sacrificial victims were immolated. The inhabitants are called Santangiolesi and Saint Michael the Archangel is their patron.

According to a legend, the origins of Sant'Angelo all'Esca are linked to the figure of the priestess Lollia and to the Greek term èoxàpai, that is the altar on which the sacrificial victims were immolated, from which the specification of the name could derive.
The cult of Saint Michael the Archangel was imported by the Lombards who, following contamination with the indigenous Christians, converted to the new faith, replacing their warrior deity Wotan with the figure of Saint Michael.

The origins of Sant'Angelo all'Esca are uncertain and often refer to a series of legends or popular beliefs: the most accredited hypothesis is that, since Roman times, some settlements occupied the current territory of Sant'Angelo, exploiting the fertility of the land particularly favourable to the cultivation of vines and grapes.
The current village was built in the early Middle Ages and, for a long time, was the hamlet of the fiefs of Acquaputida (now Mirabella Eclano) and Frigento. Among the families who took turns at his guide, there were the Gesualdo, the Ludovisi, the Spinelli and the Bruno. The latter administered Sant'Angelo all'Esca, until the subversion of feudalism, which took place in 1806.
Like many other communities in the province of Avellino, also the population of Sant'Angelo all'Esca has experienced a drastic reduction in the number of inhabitants, mainly due to a massive phenomenon of emigration which started after World War II. 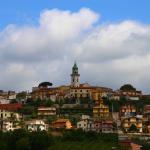 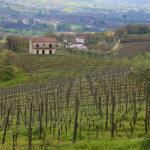 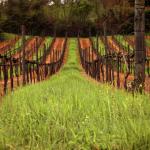 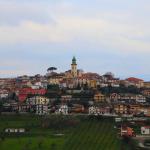 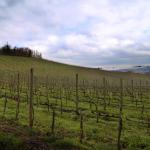 A terrace offering a breathtaking view of the Calore Valley

An old mansion located in a panoramic open space