The Municipality of Avella rises in the area of Lower Irpinia. It's a town with 7,688 inhabitants, located 207 metres above sea level, at 24 km from Avellino. The territory extends for 29.39 sq km and the adjoining municipalities are: Baiano, Casamarciano, Cervinara, Pannarano, Roccarainola, Rotondi, San Martino Valle Caudina, Sirignano, Sperone, Tufino and Visciano. It's crossed by the river Clanio.
There are several hypotheses on the etymology of the name: it seems to come from "abblona", a Latin term meaning 'rich in apples'; from "abel", meaning "grassy field"; while in the 18th century the botanist Linnaeus gave the scientific name to the hazelnut, nux avellana, relating to the species corylus avellana precisely from Avella. The inhabitants are called Avellani and their patron saint is Saint Sebastian.

Avella's amphitheatre, built in tuff opus reticulatum in the 1st century BC, is older than the famous Colosseum in Rome, built in 72 AD..

The origins of Avella are very ancient: life, here, developed in the prehistoric age. When the territory was inhabited by the Osci, it extended between the mountains of Partenio and the plain of Palma Campania, in a fertile plain much larger than the present one. After the Etruscans, Avella became Samnite around the 5th century BC, a domination that lasted little more than a century; while, with the arrival of the Romans, in 399 BC, it became a Municipality.
During the long period of domination, Avella repeatedly deserved the Roman consideration due to its loyalty. Later, it was overrun by Vandals, Goths and Greeks who destroyed it, except for its extraordinary castle. After the Lombards and Saracens, peace came with the Normans and the return of the people of Avella to their former homes. This was the origin of the Barony of Avella, which also included the current Baiano and Cicciano.
The dynasty of the barons of Avella began with Arnaldo, nephew of Riccardo, Count of Avella and Prince of Capua, and then developed through Rinaldo III, knight of Charles of Anjou, the Orsini family, Filiberta di Chalou, Girolamo Colonna, Caterina Saracino and the Spinelli counts, who embellished Avella with streets and public buildings, restoring the Castle and the Baronial Palace to their former glory.

Autumn, with its many colours, is the ideal season to visit Avella and its cultural heritage. Walking through its streets, inflamed by its history, sparks a desire, which makes you become part of the town. 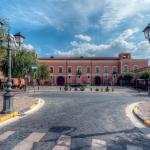 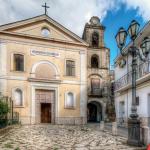 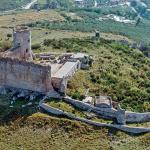 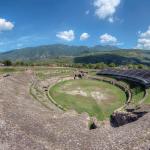 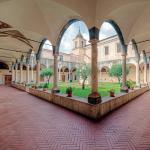 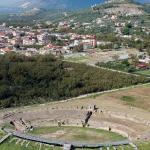 Three unforgettable nights of art, popular music, travelling groups and food and wine in a…

This highly symbolic name encapsulates the essence of the event. A feast of culture, food and…

A fairytale destination located among unspoiled nature, the Castle is a place of great…

The necropolis of Avella, among the most representative finds of burials from the Roman period…