The Municipality of Montefalcione rises in the area between the Sabato Valley and the Calore Valley. It's a town with 3,244 inhabitants, located 523 metres above sea level, at 14 km from Avellino. The territory extends for 15.29 sq km and the adjoining municipalities are: Candida, Lapio, Montemiletto, Parolise and Pratola Serra. It's crossed by the Sabato river.
The etymology of the name seems to come from the union of "monte" (mount) with the name of plant felix, meaning fern, or falx, meaning "sickle"; according to others it could derive from the personal name Felix, or from Mons Falconis (Mount of Falcone). The inhabitants are called Montefalcionesi. Saint Anthony of Padua and Saint Lucy are their patrons.

Inside the village there is a stone with the ten "P" which means "Prima pensa, poi parla, perché parole poco pensate portano pena" (First think, then speak, because not thinking about words leads to pain).

The history of Montefalcione dates back to several centuries before the so-called "vulgar era" (i.e. prior to the birth of Christ) and various archaeological finds found in the area testify to this, such as tombs and vases from the Roman era.
It is known that in the Middle Ages the populations who occupied the area fought hard against the barbarians and that the Lombards, after the conquest of Benevento, extended their dominion also in the Irpinia area, building a castle on the highest rocky hill of Montemiletto. The first inhabited nucleus was built around the Castle, known, in the 6th century, with the name of Montefalcione Oppidum. Later an agglomeration of houses was also formed in the plain of the town, mainly for commercial reasons: the so-called “Borgo” or “Taverna”, where, in 1680, the Mother Church dedicated to Saint John the Baptist was built.
Struck several times by seismic events, which also caused several victims, the town of Montefalcione was also the site of fighting during the Second World War.

Montefalcione is a mosaic of many tiles that narrate the Irpinian landscape, of faces, of moments of social and cultural life that feed curiosity and the ability to explore 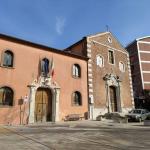 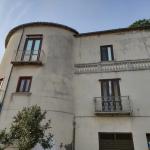 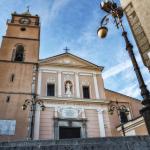 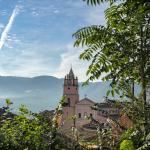 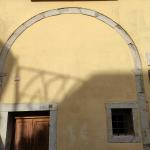 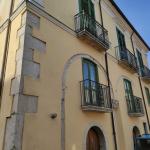 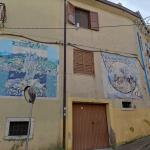 A symbol of profound devotion, the Sanctuary of Sant'Antonio in Montemiletto rises above the…

Forming part of a magnificent, historic complex that accommodates what is now the municipal…

As a site of particular historical and cultural interest, originally a hill fort and later a…