The town of Trevico rises in the Baronia area and is the highest town in entire Campania. It's a village with 919 inhabitants, located 1,094 metres above sea level, at 73 km from Avellino. The territory extends for 11 sq km and the adjoining municipalities are: Carife, Castel Baronia, San Nicola Baronia, San Sossio Baronia, Scampitella, Vallata and Vallesaccarda.
The etymology of the name seems to come from the Latin tres vici, which indicated the set of three villages: the hamlet of San Giuseppe, Taverna delle Noci in Vallesaccarda and San Pietro di Olivola towards Puglia; others think the name comes from the goddess Trivia who once had a temple on this mountain. The inhabitants are called Trevicani and Saint Euplius is their patron.

Trevico is called the "Roof of Irpinia" because, with its 1,094 meters above sea level, it's the highest town not only in the province of Avellino, but also in the whole of Campania.
The great Italian film director and screenwriter, Ettore Scola, is originally from Trevico: he was born in the small Irpinian village on the 10th of May 1931 and today his birthplace, Scola Palace, is a place of culture that hosts blows-ups of his films and screening rooms.

Although the origins of Trevico date back to the Lombard age, it's indirectly mentioned by the Latin poet Horace in a famous satire, in which he narrates that he made a journey from Rome to Brindisi in 37 BC and that he stopped, on the way, at Taverna delle Noci, a hamlet of Vallesaccarda which until 1958, was included within the Treviso area.
In the Middle Ages, Trevico represented the centre and stronghold of the Barony of Vico, including almost all the municipalities that make up the area of the same name today, including some towns in the province of Foggia, such as Sant'Agata di Puglia and Ascoli Satriano.
In the first half of the 16th century, the Barony of Vico began to disintegrate, giving rise, with San Sossio Baronia and Zungoli, to the State of Trevico, administered by the Loffredo family, until the subversion of feudalism in 1806.

If a film is always the beginning of a journey, Trevico cannot miss: a land of authors, a peasant identity and a stubborn pride in working the land. Perhaps the roots of Ettore Scola's cinematographic narrative were outlined here. 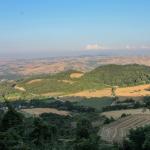 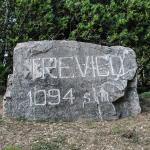 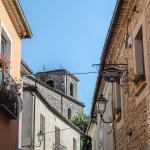 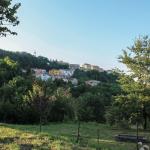 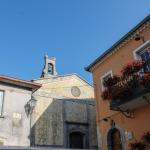 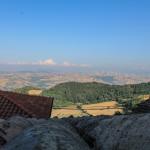 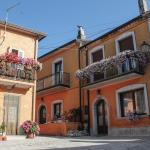 Places of culture Other places

Built in 1578, the archway leads to the historic centre on the eastern side, and is a highly…

With a well-kept and imposing appearance and flanked by an 18th-century bell tower, it…

At the highest point of the village lie the ruins of the medieval castle, probably from the…